With Starlink, Elon Musk says he wants to fight deforestation in the Amazon - DALTONHURD Skip to content 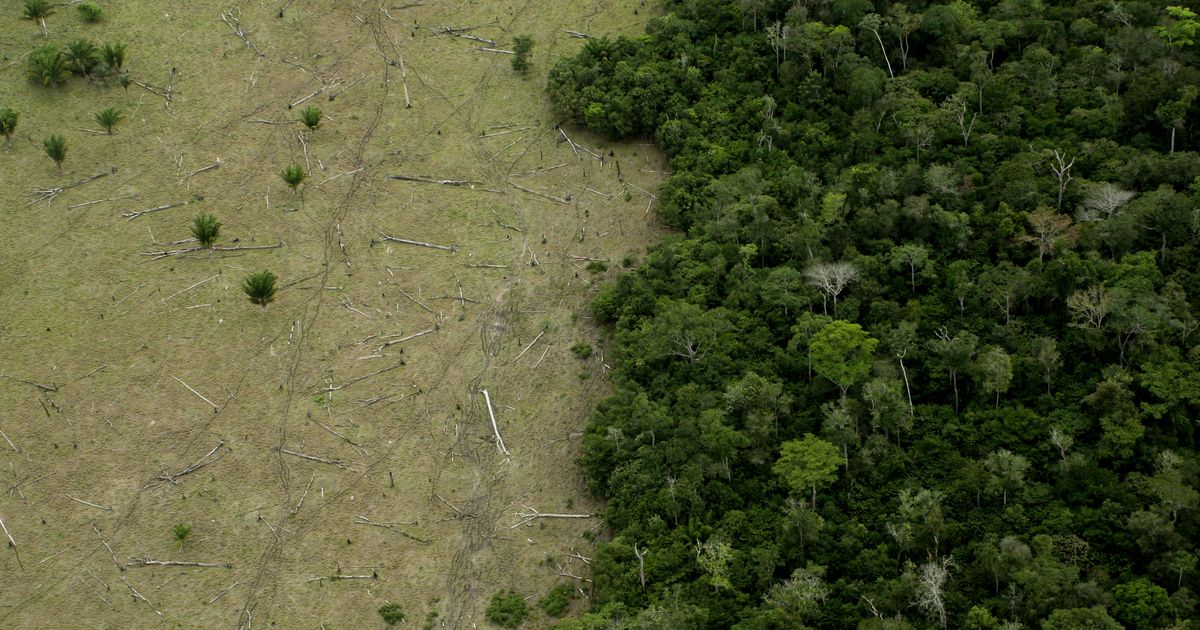 Jair Bolsonaro, president of Brazil, and Elon Musk, boss of Tesla and SpaceX, announced a partnership to deploy satellite internet above the Amazon. And to insist on an alleged monitoring role against illegal deforestation.

A ray of Brazilian sunshine in the hectic daily life of Elon Musk? The multi-billionaire boss of Tesla announced, on Friday May 20, 2022 in Brazil, the launch of a program of “environmental monitoring” of the Amazon. The company SpaceX will thus deploy the satellite Internet above the “lung of the planet” via its Starlink program, also making it possible to detect illegal deforestation.

“Super excited to be in Brazil for the launch of Starlink for 19,000 unconnected schools in rural areas and Amazon’s environmental monitoring!”tweeted the businessman who, “fortunately” of the calendar, recently concluded a large nickel supply contract with the mining giant – and Brazilian – Vale. “Among other topics, we deal with connectivity, investments, innovation and the use of technology to strengthen the protection of our Amazon and the realization of Brazil’s economic potential”commented Brazilian President Jair Bolsonaro.

This statement will leave many with a bitter taste since deforestation has increased sharply in the Amazon since the election of the far-right head of state, some specialists not hesitating to speak of “facade talk” of a Jair Bolsonaro seeking a second term next October. Thus, the satellite monitoring system currently in place would only have led to an intervention in 3% of alert cases. As for the one promised by Elon Musk, no technical or strategic details seem to have been revealed.

Starlink to clear its reputation

So, laudable intentions or political maneuver? In recent months, Elon Musk has distinguished himself on several occasions by offering his Starlink system in unusual theaters of operation. It first offered its satellite internet to the Tonga Islands, where an undersea cable had been severed due to a volcanic eruption, cutting the country off from the rest of the world. Elon Musk has also deployed Starlink in Ukraine, where the Russian offensive continues, sometimes undermining communication systems.

This communication operation – or greenwashing, it depends – comes when the boss of SpaceX is accused of sexual assault by at least one ex-employee of the company. The company with reusable launchers would have paid the sum of $250,000 to an air hostess in order to ensure her silence.

Regarding South America, the tycoon also distinguished himself by applauding the coup that led to the deposition of Evo Morales, then president of Bolivia, a lithium exporting country.