what diet when you quit smoking? - DALTONHURD Skip to content 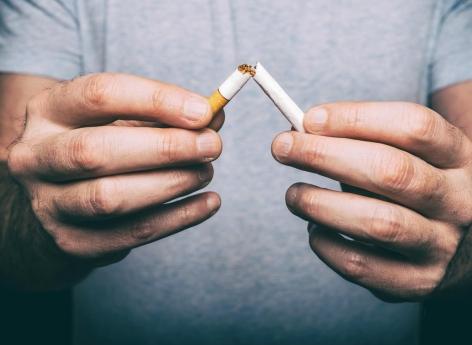 In France, among the 13.5 million daily smokers, two-thirds say they want to quit, according to the national tobacco control plan. Apart from lack, one of the main fears when considering quitting smoking is weight gain… But this is not inevitable.

When a person quits smoking, they are often tempted to compensate with food. For example, replacing the cigarette break with a snack, which allows you to have fun and also to put something in your mouth. Indeed, this gesture is often lacking in former smokers during the first months. But this regular snacking can promote weight gain. To avoid it, it is advisable to combine quitting smoking with a diet rich in fiber and lean protein.

Do not go on a drastic diet

Be careful, the objective of this diet is not to deprive yourself – quitting smoking is already quite difficult – but to eat healthier. For this, the first resolution is to limit fatty and sugary foods. Replace them with vegetable dishes or healthy snacks like dried fruit. But just because it’s healthy doesn’t mean you have to devour the whole package. Dried fruits remain caloric: count nearly 500 kcal for 100 grams of a mixture of dried fruits and raisins.

Some people in smoking cessation have found another trick: split meals. In other words, eat as much but at different times of the day and in smaller quantities. If you are followed by a tobacco specialist, he will be able to guide you individually on the best way – and especially the one that suits you the most – not to gain weight.

The other ally of people wishing to quit smoking is sport. It already allows you to let off steam and eliminate the stress caused by weaning. Regular practice also allows you not to gain weight because you burn calories during exercise. For example, depending on the intensity, one hour of cycling will burn between 300 and 500 calories… That’s roughly the equivalent of a hamburger.

Last tip: stay hydrated! When the urge to snack is too strong, take a few sips of water. This will occupy your mouth, fill your stomach and allow you, little by little, to reach the 1.5 to 2 liters of water you need to drink per day.