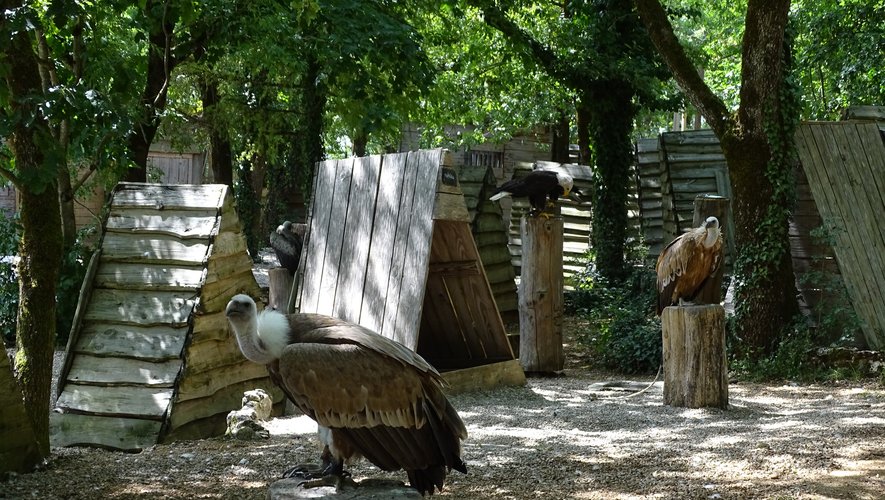 the essential
Le Rocher des Aigles was able to reopen its doors on May 26, after an administrative closure on April 8 due to the avian flu epidemic. Three birds in the park were affected.

When the Rocher des Aigles finds two of its dead owls at the beginning of April, there is no question of being an ostrich. In the midst of an avian flu epidemic, the ornithological park quickly had suspicions. Analyzes make it possible to confirm that the dead animals are indeed infected with avian flu.

Neither one nor two, the prefectural decree falls. The establishment must close its doors for at least three weeks. We are then April 8th. For the park, this is unprecedented: in 45 years of activity, this is the first time that the Rocher des Aigles has been closed for health reasons. That his establishment is affected by avian flu, Raphaël Arnaud, the director of the Rocher des Aigles, did not expect it. Especially since the 300 birds in the park are vaccinated against this disease. “The vaccine was recommended several years ago. We decided to vaccinate every year. It had become a habit, although not compulsory, ”recounts Raphaël Arnaud.

A few days later, a third bird is also affected by avian flu. The closure is extended for another three weeks. In addition to the absence of the public, the numbers of the teams are reduced: of the 16 employees in the establishment, only six can enter the enclosure of the ornithological park. To avoid any spread of the disease, the health instructions are drastic. Basile Nozières, animal manager at Rocher des Aigles, is one of the employees authorized to come during the closure. “There was a footbath at the entrance to each gate, through which we put our shoes. We were not to enter the aviaries, and if we did, we had to have a gown, gloves, mask and overshoes. We took the maximum precautions for the birds,” he recalls. During this period, the vehicle responsible for supplying the park with food is subject to a sanitary pass. Each time he enters or exits, his tires are disinfected with a sprayer, in order to avoid spreading the infection.

To monitor the evolution of the situation, samples are taken in the park. “We did not remain inactive. The Toulouse veterinary school took the initiative, with our referring veterinarian, to take samples inside the establishment. They took samples from 177 birds, and everything turned out to be negative,” reports Raphaël Arnaud. A relief for the establishment: the bird flu does not extend beyond the three birds concerned. “Then, our referent veterinarian made a request for reopening, examined by the direction of the veterinary services of the Lot. It asked us to carry out 20 additional analyzes before allowing us to reopen, ”explains the director.

But once the health risk is lifted, the park cannot reopen overnight. Because, in normal times, the trainers of the park offer the public daily shows with eagles, vultures, and kites. However, the closure has also led to the cessation of training, and several days are needed for the birds to be operational again. “It took a good two weeks to retrain them properly. They had to get back into shape, pick up the pace… and so did we! smiles Basile Nozières.

On May 26, the Rocher des Aigles was finally able to reopen its doors. After two years of pandemic, these weeks of closure were not welcome. The park estimates that it has lost 12,000 entries, representing an amount of 120,000 euros. “We now have to relaunch the activity, and above all let it be known that we can welcome the public again”, launches Raphaël Arnaud. At Rocher des Aigles, everyone hopes to never see a new epidemic wave again.