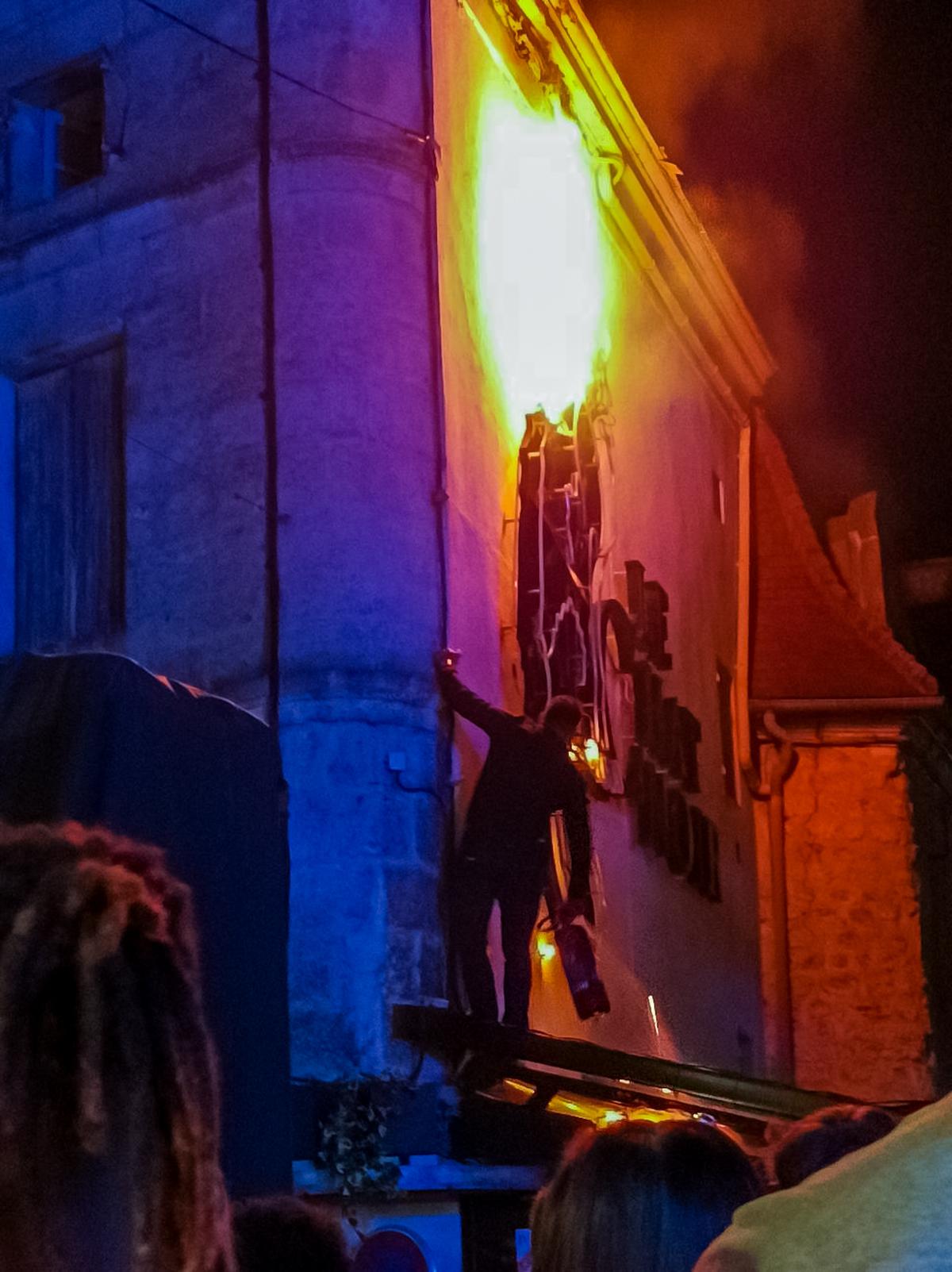 IHe was quietly drinking his beer on the terrace of the Souris Verte, place des Halles in Angoulême, this Saturday evening. Around 11:15 p.m., he first saw sparks in the illuminated sign of the Chat Noir, just opposite. Then, Mickaël Berton saw flames. He rushed to the terrace opposite to warn the staff that the sign of the newly renovated bar was catching fire.

In a few moments, the flames reached the roof of the establishment, emptying the tables at the same time. While waiting for firefighters to arrive, a staff member took a ladder to cut off the power to this glowing black cat that has graced the facade for over 40 years.

Eighteen firefighters from La Couronne and Angoulême intervened. The fire did not spread and caused no injuries. On the other hand, he created the attraction on the square in the middle of a summer evening. “It’s a bit like the fire of Notre-Dame in Angoulême”commented an old Angoumoisin to say how much this gigantic cat was part of the visual heritage of the city.