the first white-tailed eagle reintroduced in the Alps, 130 years after its extinction in France - DALTONHURD Skip to content 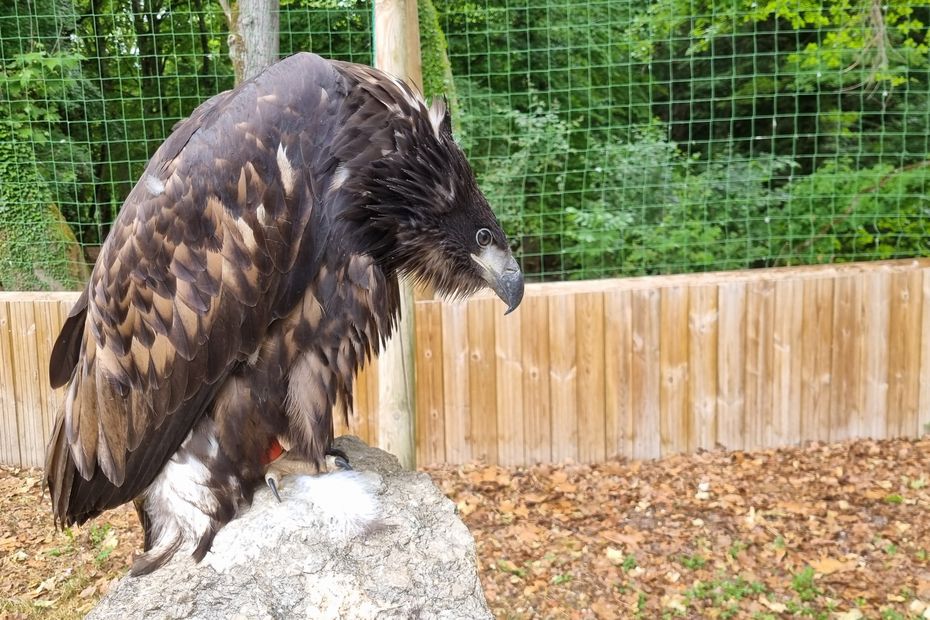 After 15 years of work, Les Aigles du Léman animal park has reintroduced the first white-tailed eagle. Its flight took place this Tuesday, June 21 at 7:55 a.m., in Sciez, on the shores of Lake Geneva. This raptor, one of the largest in Europe, had completely disappeared for 130 years in France.

It was 7:55 a.m. on Tuesday June 21 when the first white-tailed eagle flew away. After 81 days spent in its nest with its parents. He is the first of a litter of four eaglets (two males and two females) to take flight. The others should leave the nest by next Monday or Tuesday. This flight is a victory for the Les Aigles du Léman animal park, but it is also a form of concern for the falconer Jacques-Olivier Travers, at the origin of this reintroduction project: “I’m delighted but stressed. It’s like having your daughter going to the nightclub for the first time and you’re waiting for her to come back. Well, it’s the same thing, I’m waiting for her to come back with impatience because it has already been three days since he left”.

This raptor is one of the largest in Europe, between 190 and 250 cm. But this yellow-billed, white-tailed species has become very rare. If this eagle once nested on the shores of Lake Geneva, “it was in 1892 that the last two white-tailed eagles in western France were killed”, explains Jacques-Olivier Travers. This is why this eagle lover decided to create a reintroduction program. It is part of the National Action Plan of the Ministry of the Environment and is called “parental reintroduction”. It took fifteen years of work to get there. And this is the first time in Europe that white-tailed eagles born in captivity will be able to live independently in the wild.

To take flight, aviaries have been specially designed. Called “double nest”, “they allow the little ones to find themselves almost in the open air. After 60 days, a light fence separates them from their parents, with an opening on one side so that they can fly away when they are ready”, develops the falconer. Subsequently, it must also learn to return to its parents for food because the young white-tailed eagle is unable to feed without the help of its parents for a month after its release.

The evolution of these young white-tailed eagles will be scrupulously scrutinized by specialists. Their behavior will indeed be observed thanks to a GPS beacon. The public can also participate in this program by sponsoring an eaglet and thus being able to follow its evolution thanks to a webcam. After this first year of observation, 80 other eagles will in turn be reintroduced into the wild.

Located in Sciez, the Les Aigles du Léman animal park opens its doors to the public until August 28. A space is dedicated to white-tailed eagles. A way to understand this exceptional reintroduction project in more detail thanks to thematic rooms and guided tours.