the farewells of Jo-Wilfried Tsonga, Richard Gasquet, Alizé Cornet, Caroline Garcia qualified for the second round - DALTONHURD Skip to content 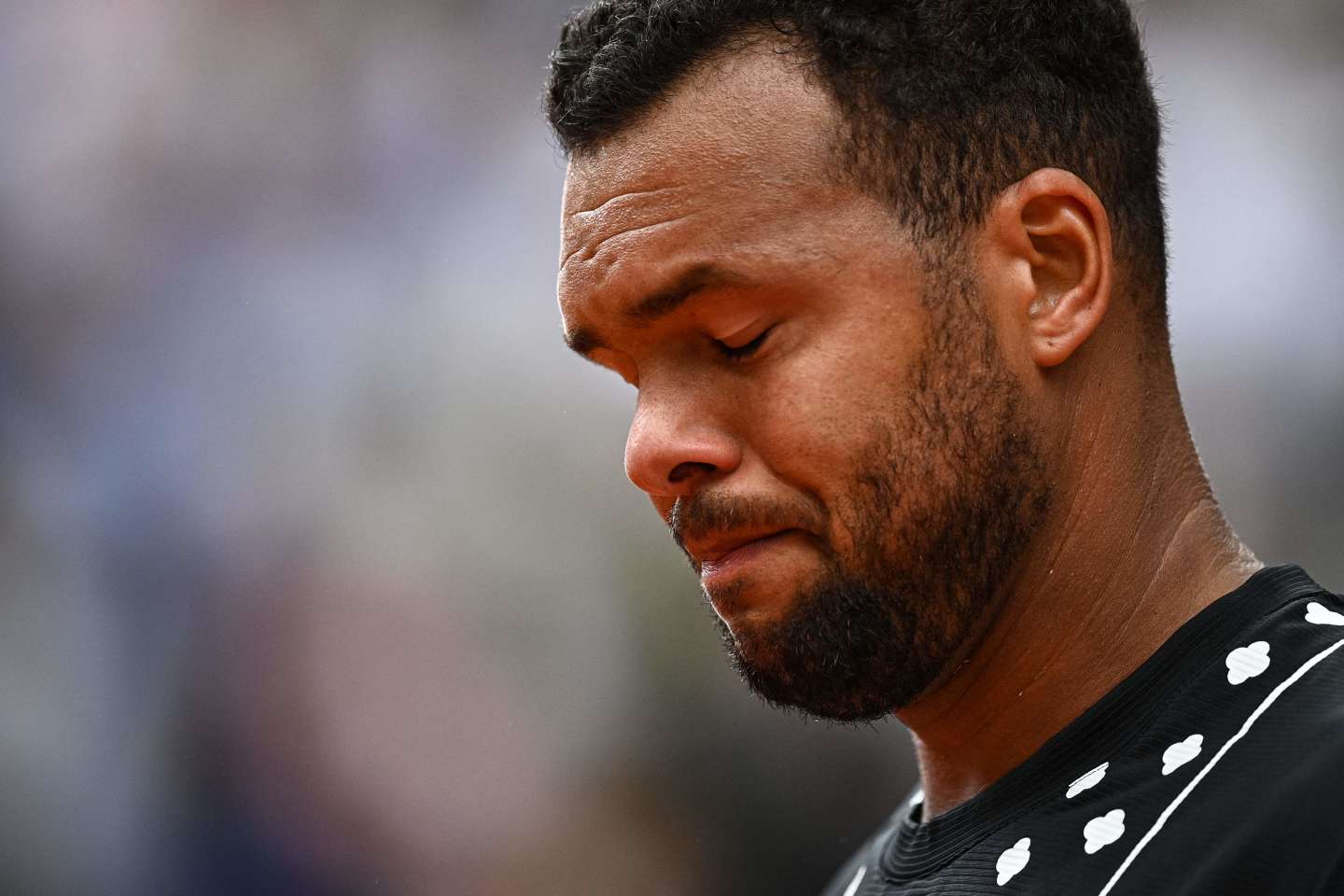 The hierarchy was respected on Tuesday, May 24, during the first matches of the second day of the Roland-Garros tournament with, in particular, the victory of Russian Daniil Medvedev, world number two. In the French camp, the results are mixed: If Jo-Wilfried Tsonga, Ugo Hubert, Arthur Rinderknech and Benoît Paire fall by the wayside, Alizé Cornet, Caroline Garcia and Richard Gasquet have qualified for the second round of the French Open.

Jo-Wilfried Tsonga, hurt and in tears

Despite the uncertain weather, the public had nevertheless come in large numbers to the Philippe-Chatrier court to support the best French player of the last decade, at the twilight of his career. “Jo”who likes a heated atmosphere, took the first set well 7-6(6), but he gradually lost his footing against the more mobile Norwegian, whose length of the ball in the forehand in the diagonal hurt him.

The more the match progressed, the more the French seemed to bet everything on his power to destabilize his opponent. Like a boxer, Tsonga put all his weight into his strikes, but his body eventually let go.

Injured in the shoulder, unable to serve normally, Tsonga called on the trainer at the end of the fourth set. No longer able to hit the ball, he scored no points in the last tie-break and ended the game in tears. In front of his audience, Jo-Wilfried Tsonga gave everything, but Casper Ruud was stronger.

Read also: Roland-Garros: a good fight and a defeat, the successful farewell to tennis of Jo-Wilfried Tsonga

Daniil Medvedev did not drag on the Suzanne-Lenglen court, against the Argentinian Facundo Bagnis (98th). The Russian won (6-2, 6-2, 6-2) in just 1 hour 40 minutes. Operated on for a hernia in early April, Medvedev arrived at Roland-Garros without any landmarks because he only played one match on clay this season, a defeat in Geneva against Richard Gasquet. And clay is far from being his favorite surface, he who won his first match at Auteuil only in 2021. But his ball coverage and his tactical sense always make him formidable, Bagnis can testify to this, he who often seemed completely overwhelmed in this encounter.

Read also: Roland-Garros: outside the courts, the Russian Andrey Rublev goes to the net

Alizé Cornet and Caroline Garcia exactly at the rendezvous…

In a one-sided match, Alizé Cornet (40and in the WTA rankings) dominated 6-2, 6-0, at the start of the day on the Philippe-Chatrier court, the Japanese Misaki Doi (98and). More powerful, the Niçoise largely dominated her opponent from the back of the court, in a match that quickly turned into a demonstration.

” It’s been a long time since I’ve had so much fun on clay.”, said Alizé Cornet after the meeting at the microphone of France Television. In the next round, she will face Latvian Jelena Ostapenko, seeded number 13, a test that promises to be much more serious.

Caroline Garcia (79th in the world), who had not played for two months and her abandonment in Miami, also passed the milestone of this first round. She dominated the American Taylor Townsend (342nd) in two sets (6-3, 6-4). “It’s a very good victory for me. It’s been a while since I played, it’s never easy to arrive at a Grand Slam without too many benchmarks, but I managed to stay solid and focused..

Another Frenchwoman in the runnin
g, Tessah Andrianjafitrimo did not pass the course of this first round. But the 23-year-old, who had an invitation, took a set from the Czech Karolina Pliskova, seeded number eight. Without demerit, she lost in three sets with the score of 2-6, 6-3, 6-1.

On Court Suzanne-Lenglen, the Biterrois (70th) mastered his match started the day before and interrupted by the rain. He dominated the South African Lloyd Harris (39th) to win in three sets (6-1, 6-3, 6-4) and 1h49 of play.

“It was important to win this second set, it gives me confidence for the future”underlined the Frenchman, 70th in the world, who is participating in his 19th Roland-Garros and who, last week, went to the semi-finals of the Geneva tournament after notably beating Daniil Medevedev. “It’s fabulous to be able to hold on. I hope I can keep doing it to go further in the tournament.”he concluded.

Ugo Humbert still can’t do it…

After a visibly nervous first set, the Frenchman raised his level of play to lead two sets to one, but Ruusuvuori was more consistent and mentally stronger. This is the fourth time in four appearances that the Frenchman has lost in the first round at Roland-Garros.

🇬🇧 Ugo Humbert comes out in the first round, eliminated by the Finnish Emil Ruusuovuori in five rounds #RolandGarros… https://t.co/SHeJBP6Wzd

… and Arthur Rinderknech falls too

Arthur Rinderknech, who also had to play his match over two days due to rain, will not see the second round either. He stumbled against Kazakh Alexander Bublik, 6-2, 6-4, 6-4.

The number of the day

This is the number of double faults accumulated by Benoît Paire during his match against the Belarusian Ilya Ivashka, 50th in the world. The Frenchman, who had declared before the Parisian tournament to have had a “catastrophic start to the season” and not be “not to (his) mentally great”lost in four sets and 2:36 of play (6-3, 7-5, 1-6, 7-5), after a convincing third set and having wasted three fifth set balls.

statement of the day

“I find it difficult to understand the thing, if the ATP rather defends the players or Russia”

After his lost match, Benoît Paire castigated the ATP, the organization of players managing the men’s circuit, which decided not to distribute points at Wimbledon following the decision of the organizers to exclude Russians and Belarusians from the tournament . “If it’s a squabble between the ATP and Wimbledon, we find ourselves in the middle of that and it’s not very nice because we want to play normally. I’m sorry for the Russians and Russia but they’re the ones who screwed upadded the Frenchman. We find ourselves in a situation where in the end the Russians will win, because Medvedev will become world number one..

The other results of the day