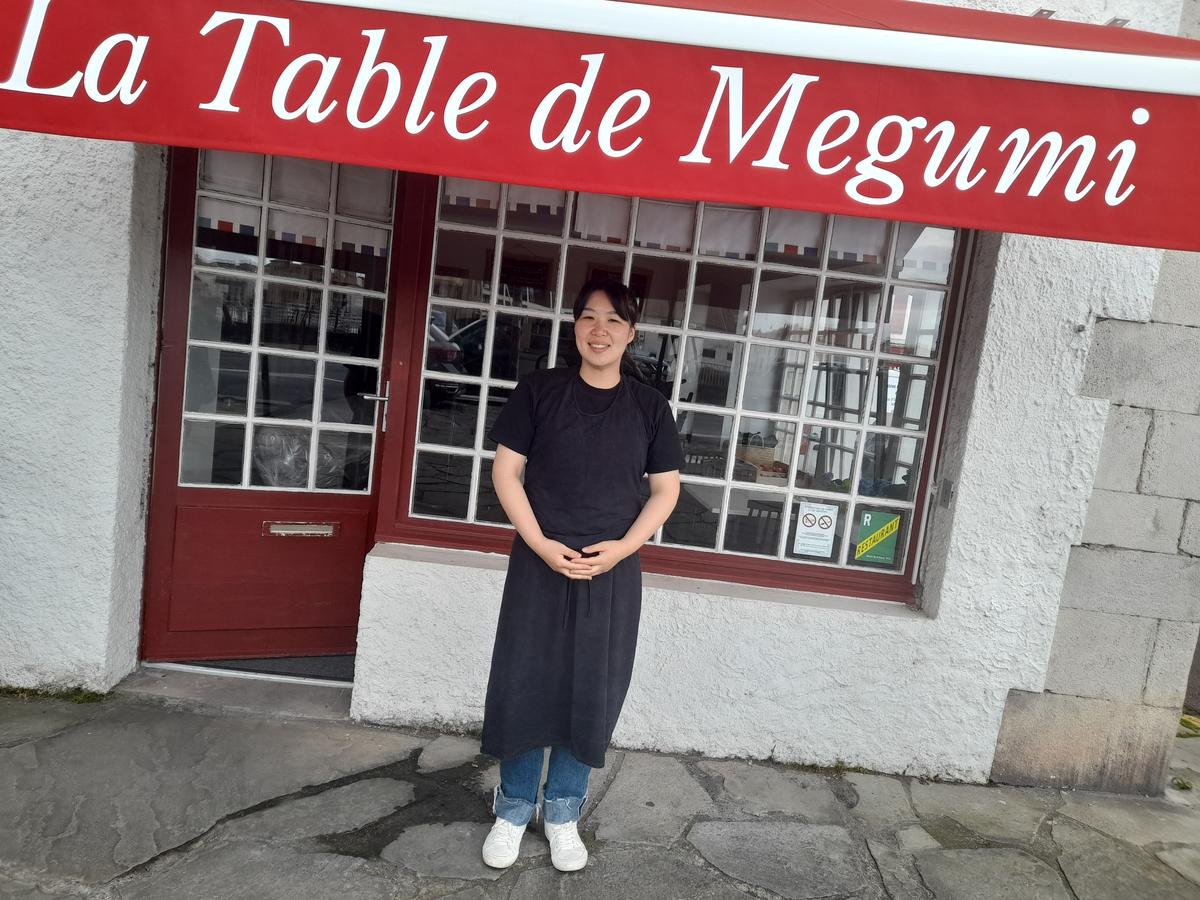 In the background, the forest of boat masts in the marina. Megumi takes a quick look at the horizon, and goes back to the kitchen, on this Thursday, June 23, opening day of her restaurant La Table de Megumi. “I am very happy, it was a dream since I was little, since I was six or seven years old”, confides the young woman when…

In the background, the forest of boat masts in the marina. Megumi takes a quick look at the horizon, and goes back to the kitchen, on this Thursday, June 23, opening day of her restaurant La Table de Megumi. “I’m very happy, it was a dream since I was little, since I was six or seven years old,” confides the young woman when she sits down after the service, and the tidying up, around 4 p.m.

The cuisine that the Basque-Japanese has just offered to its first customers is the delicious broth of twenty years of experience, the extract of its personality, the substance of its family heritage. A taste for the good, a sense of travel and openness, a joy of creating and sharing, in the moment.

Work and requirement, as a base sauce. And luck. “My first name is luck in Japanese. I thank my parents for giving it to me”, means Megumi in a smile of which she has the secret, between seriousness and delight. And when she narrates her adventure, she alternates between an almost childish laugh and waves of emotion.

Help from all friends

The restaurateur seized her chance two months ago when friends from Cibour, including Jean-François, offered to help her take over the small premises at number 15 Quai Ravel, which formerly housed a creperie. “On May 16, I knew it was OK. I signed the lease on Monday June 20. It was really speedy,” recalls Megumi Yanase under her breath. The same evening, she invited the inhabitants of the building, the next day the merchants of the district, June 22 was the day of the installation. Megumi will now know to be wary of her dreams, because no matter how long they take, they can finally tumble out in an instant.

I love everything about French cuisine, even more than Japanese cuisine. My dream was to have a French restaurant

The help came from all the friends to succeed in this bet of an installation in record time. Antoine Chepy, the chef of the Arotzenia restaurant in Urrugne shared the address book of his local producers, compiled over the past ten years. The Bocata restaurant in Saint-Jean-de-Luz also got involved.

A solidarity that this country knows how to show when it recognizes one of its own. Megumi Yanase was born in the Tokyo region 38 years ago, but her appetite for French gastronomy came to her very early. With her parents, florists in Gunma, the little girl feasted on all kinds of tables in Japan, and around the world.

After three years of cooking studies in Japan, Megumi Yanase was hired at the age of 18 at Kissen, in Kyoto, a restaurant with three stars in the Michelin Guide, where under the imperious orders of chef Tani Gawa, she at the same time kitchen assistant and waiter, in kimono, whose colors change with the seasons, like the restaurant menu.

A school of rigor this Kaiseki cuisine, a banquet consisting of several dishes served simultaneously. “Top quality”, for which customers pay a minimum of 200 euros per person. For three years, the young cook only slept a few hours a night, with no day off, no holidays.

France was already attracting the young chef, and she then entered the first French bistro in Japan, where she learned all the intricacies of shepherd’s pie and how to cook beef cheek, which remains one of her favorite dishes, with ttoro, fish with Biscayan sauce. His sense of responsibility puts his foot in the stirrup.

Arriving in Paris at the age of 24, she found on her way the owner of a Japanese restaurant (Koba, in the 2nd arrondissement), who, “after talking to her for ten minutes gave her the keys to the kitchen: Je t’aime well, you do what you want. Megumi Yanase will also work at Bizn, where Jacques Chirac has his habits.

Based in the Basque Country in the wake of the creator of the Japanese restaurant Etxe Nami in Saint-Jean-de-Luz, where she served as chef for nearly three years, Megumi Yanase has not forgotten her dream of a place of her own. . After a table d’hôtes in Sare undermined by confinement, the young talent officiates in residence in establishments on the Basque Coast, and as a freelancer with individuals. “Everyone wanted grilled gyozas, it was the fashion. On Thursday June 23, Megumi made gyozas, these Japanese ravioli, in her own way. And intends to make a menu of the day, with fish bought for sale at the table of the neighboring auction. A chance.