the clafoutis, should it be eaten with or without pits? - DALTONHURD Skip to content 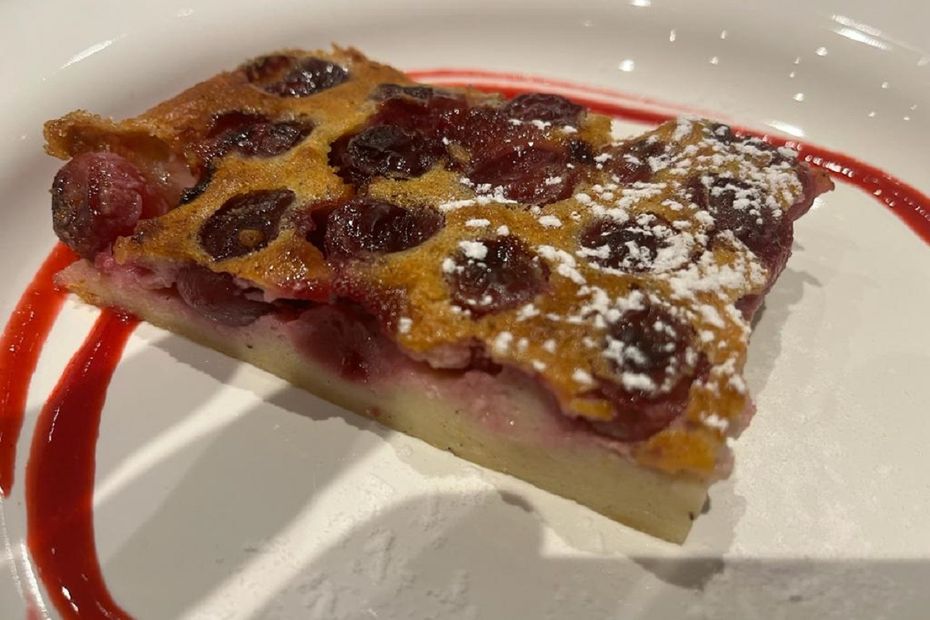 Clafoutis: do you like it with or without pits? This is the debate at the beginning of the summer, which opposes the purists of the traditional recipe to the lovers of pitted cherries. We asked the question to two specialists.

It is on every table at the start of summer: the clafoutis delights young and old alike. However, a debate comes up every year: cherries, with or without pits?

In this restaurant in the city center of Clermont-Ferrand, there is no question of spitting pits on the plate. Chef Julien Montagne pits the cherries upstream: “Why don’t I put the cores? Because it’s very unpleasant to have pits in your mouth, unless you have a good reason to have some to play with!” For him, it is very painful to have to sort: “It’s really a comfort side: eating any cake, if you have to leave a third or half of it on the plate, it’s not very pleasant. I compare it to eating a fish with bones.He acknowledges that it takes extra work: “It’s a bit of laziness, sometimes, that we leave the nuclei. It’s true that it’s boring, it’s not a very fun job to pit the cherries. It is a small fruit. Peaches, apricots or large fruits, it goes quickly. For the cherries, it’s a little more work: to make a 20 or 30 cm clafoutis for ten people, you’ll spend half an hour pitting them, whereas it takes 2 seconds to pour them into the mold with the kernels.”

To counter the argument of the pro-kernels, who explain that the texture remains firmer without pitting, Julien Montagne gives his tips: “Indeed, if the cherry is not open, it keeps all its juice and it allows to have a texture that is not soaked by the fruit juice, but that can be compensated by draining them a little shortly before pouring them into the mould.” The juice thus recovered can even be valued : “I always collect the juice and I add a little sugar, I reduce it and then I pour it over the clafoutis to flavor it even more”, explains the chef of the Avenue restaurant. He shares his tips for effectively pitting cherries at home: “The technique is already to damage the fruit as little as possible. I advise to take for example a paper clip that you stick on a cork. You just go beyond the folded part and insert yourself into the cherry to remove the stone, and that allows you not to damage the fruit too much and keep it whole. This is for me the best method to pit the cherries. If you remove the pits correctly, carefully, and keep the whole fruit, not only do you enjoy eating because you don’t have to spit out all the pits, but you also have fruit that is almost intact. ”

But for other lovers of the summer dessert, it’s pits or nothing. For Daniel Brugès, a native of Cantal and author of the book “Recipes from our mountains”, clafoutis must respect a certain tradition: “It’s really a childhood story. At home, my mother and even before my grandmother prepared it in this way. I am very attached to traditional recipes, even if that does not prevent me from enjoying revisited recipes. I think it’s to rediscover these childhood flavors that I like it prepared with pits.” For him, it’s also a question of texture : “Cooking with the pits has a few advantages over cooking without the pits. Already it’s faster realized when you want to make a billion or a clafoutis. I find that when you keep the core, the taste is a little stronger. I also find that the clafoutis releases slightly less juice when the cherries remain whole. Otherwise we end up with a dough that will be much more red colored. If we leave the cherry whole with the stone, there is still less of this red color which will drown out the yellow of the dough. I find that the dough keeps its softness better.” Daniel Brugès advocates respect for the traditional recipe right down to the choice of cherries: “Here too I remained rather very traditional by really keeping the cherries as black as possible.”

However, he recognizes that there is a practical side to pitting cherries: “It’s true that when you bite, you have to be careful. You could say to me: “With pits, it’s more complicated, you risk breaking your teeth, it’s dangerous for children.” I was brought up in the countryside, we always made clafoutis with pits and I never broke my tooth”, jokes Daniel Bruges. Despite these risks, he will not give up the clafoutis with his pits: “When you bite into it, I find that the cherry juice bursts more in the mouth and it’s really a treat.” There is, according to this author, a question of generation in the recipe for clafoutis: “Those who are attached to this traditional cuisine are often people who are of a certain age and who continue to prepare recipes in this way. For them, it is almost unthinkable to remove the pits. I think we are more on the new generations who prefer to remove the pits, as in many recipes where there is fruit. When we made plum pies, often my mother also left the pits. So it’s true that it was always annoying because you had to spit out the pits, but maybe it’s this childhood memory that keeps me making the recipe this way. When you know a flavor, it’s hard to change it. I don’t mind eating clafoutis where the cherries don’t have pits, but it seems to me that something is missing. In France, the Auvergne-Rhône-Alpes region leads in cherry production, along with the PACA region. Hurry up: you only have a few weeks left to taste cherries, the season ending in mid-July.

Quickly wash the cherries under cool water then stem them. Above all, do not pit the fruit!
Sift the flour, add the powdered sugar, the eggs beaten into an omelette and the melted butter.
Mix well.
Pour the milk and mix again to obtain a very smooth paw.
Arrange the cherries in a buttered baking dish.
Pour the preparation over the cherries and bake for about 30 minutes at 180°C (Thermostat 6).
Optionally, when it comes out of the oven, you can sprinkle the millard with sugar.