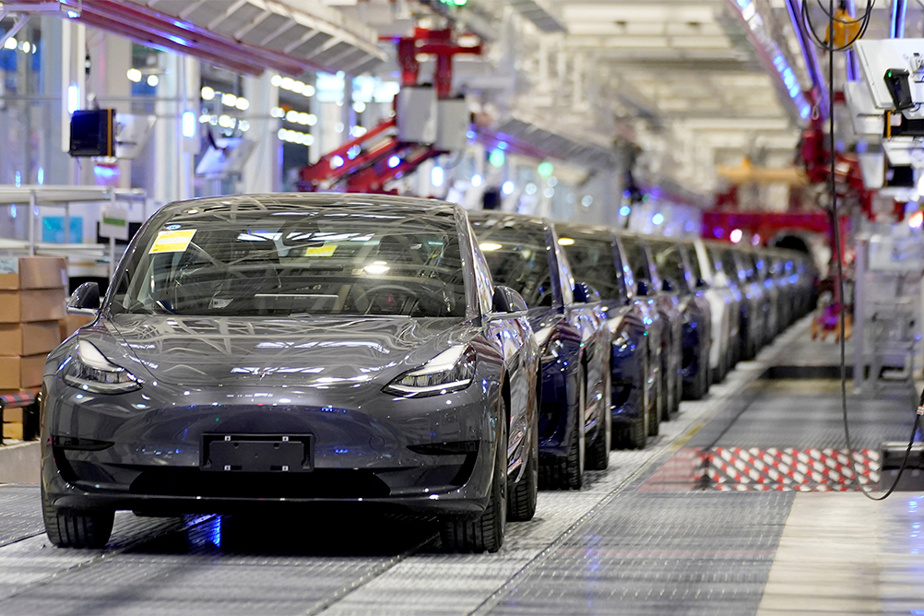 Hundreds of Quebec-subsidized Tesla Model 3 electric cars have been resold for “a nice profit” in Ontario over the past three years, an unexpected phenomenon and clearly on the rise due to the scarcity of the model and the abolition of subsidies in Ontario.

These vehicles all benefited from the $8,000 subsidy from Quebec, to which was added the federal credit of $5,000. In Ontario, the provincial grant of $14,000 was abolished in 2018 by the government of Doug Ford.

“Eric”, who wishes to remain anonymous because he fears he will be “thrown rocks for taking advantage of government subsidies”, is one of the many owners of Tesla who have found this vein.

On Facebook, the Tesla Model 3 Quebec private forum has 10,100 members. Hundreds of publications refer to this practice. Tesla Model 3 owners are asking for advice and getting tempting offers from Quebec dealers who are bringing these cars to Ontario.

None of the resellers who appear on the forum has responded to requests from The Press. Two dealers mentioned by the participants, on the other hand, agreed to talk about it.

“Me, it sickened me to send them to Ontario, but I just started it two months ago, explains Sébastien Marcotte, owner of JN Auto, an automobile trade in Richmond, in the Eastern Townships. People called me, we said no. Then we started saying yes, we can’t lose those sales. »

At Auto Flash, dealer in the Saint-Hubert borough in Longueuil, we say we are “also surprised by this phenomenon”.

Quebec grants, summarizes owner Adam Schrufer in an email sent to The Press“reduce the cost of the vehicle enough to allow the owners of these vehicles to realize an attractive profit by selling their vehicle after one year”.

To keep all of their Quebec subsidy of $8,000, sellers must have kept their electric car for at least one year.

At the Association of Electric Vehicles of Quebec (AVEQ), an NPO created in 2013 to promote the electrification of transport, we note that the phenomenon of resale in Ontario really took off in 2021. Statistics from the Société de l’ assurance automobile du Québec (SAAQ) compiled at the request of The Press confirm it. Between 1er January 2019 and December 22, 2021, 641 Tesla Model 3s registered in Quebec were resold in Ontario. From 4 resales in 2019, we went to 70 in 2020, then to 567 in 2021.

“Many resellers stand near Tesla fast charging stations and approach owners by offering such amount, depending on the number of years and kilometers, reports Simon-Pierre Rioux, president and founder of AVEQ. They don’t shy away from each other, it’s done in a very open way, and a lot of people have taken advantage of it. »

The sources interviewed by The Press confirm that this phenomenon affects almost exclusively the Tesla Model 3 SR, whose demand has exploded so much that the next deliveries will not take place until June 2022, according to the company’s website.

Since the price increases announced by Tesla last November, this model is no longer eligible for the $5,000 federal subsidy, but remains, within $10, under the $60,000 limit imposed by Quebec.

Other popular electric models, like Hyundai’s Kona Electric or Chevrolet’s Bolt EV, don’t seem to be driving this frenzy.

“People are snapping up Teslas, which are really exceptional, and not just compared to other electric vehicles,” notes Simon-Pierre Rioux.

According to the most recent SAAQ statistics obtained by AVEQ, as of June 30, there were 13,088 Tesla Model 3s registered in Quebec, or 12% of the fleet of 110,774 electric vehicles, which also includes plug-in hybrids. The Tesla Model 3 became the most popular electric vehicle in Quebec on March 31, overtaking the Chevrolet Volt.

The 641 Teslas resold in Ontario would have allowed first buyers to benefit from a total of $ 5.1 million since 2019 in subsidies from Quebec. It was not possible to obtain comments on this subject from the Ministry of Energy and Natural Resources, which is responsible for the Roulez vert program.

Since the implementation of this program, initially called Drive Electric in 2012, Quebec has granted 504 million in subsidies for the purchase of new electric vehicles, and 287 million for plug-in hybrid vehicles.

The fact that subsidies from Quebec end up electrifying the Ontario car fleet obviously creates unease among some sellers. Marc-Antoine, contacted on the Facebook forum and who also wishes to remain anonymous, is preparing to sell his Tesla Model 3 as soon as he receives the new version he ordered last August. “I understand that it might tickle a bit. For an equivalent offer, I will choose Quebec. But the resale value of Teslas, it’s crazy, I’ll sell it in two days when I post it. »

According to Simon-Pierre Rioux, owners of Tesla Model 3 should actually think about it before disposing of their vehicle. “These are vehicles that keep their value anyway, benefiting from regular software updates and improvements. »

The president of AVEQ believes that it is mainly Quebec resellers who do business in gold. Ontarians do not always assess the impact of consumption taxes, which are 2% higher in Quebec.

In addition to the absence of subsidies in Ontario, the phenomenon is essentially based on the insufficient supply of Tesla Model 3, he analyzes. The shortage should be less glaring soon. “There’s going to be a new factory in Texas, one in Berlin, [et] that of Shanghai begins to export. In a few months, we will have a phenomenal increase in the number of these vehicles. »