Renault rises to the level of Tesla - DALTONHURD Skip to content 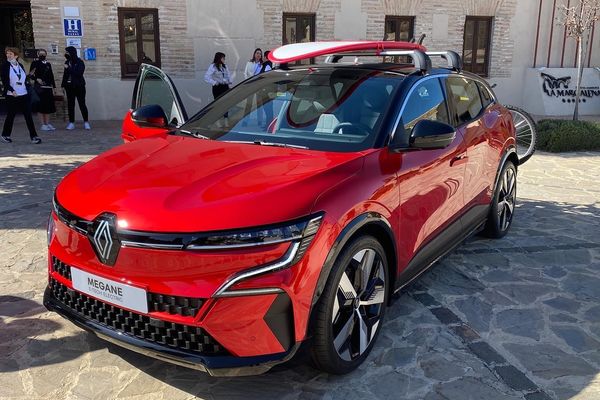 On February 8, 2022, on the winding roads of southern Spain around Malaga, Renault played big by offering (finally!) its first electric model in the C segment, the most active and profitable on the market, ten years after the Zoé . A successful bet that allows the diamond firm to rise to the level of the Tesla Model 3. A model that enjoys an excellent reception that is justified. At this stage, we can simply regret two details: fast charging is reserved for the top of the range and the name of the Mégane model which could create confusion with the thermal Mégane 4; the two models are completely different.

A winning comeback against Volkswagen and Tesla

Pioneer of the electric car since 2013 with the small city car Zoé, Renault demonstrates, with the electric Mégane e-Tech, that the experience in electric vehicles accumulated for more than ten years with its partner Nissan, is indeed a reality and a real added value for years to come. An experience validated by more than 10 billion kilometers traveled in electric by 400,000 vehicles sold. This electric car kicks off the Renaulution imagined by its new general manager Luca de Meo. It should enable the manufacturer to reclaim the compact vehicle segment (segment C). A segment in very strong growth and recognized as the most profitable. 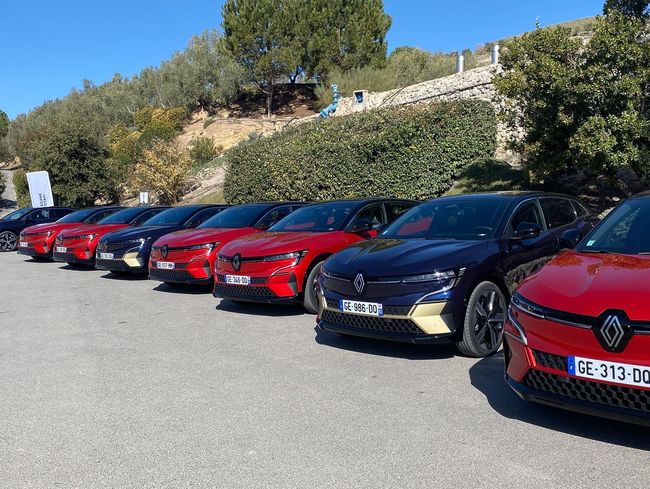 The strategic choice of a dedicated electric platform

The electric Mégane e-Tech is produced in France at the heart of the new ElectriCity center of the Douai plant. It’s rare enough to point it out. This fifth generation Mégane is produced on a new CMF-EV platform dedicated to electric vehicles. It is the first model in the Renault range to benefit from the advantages of the Alliance’s CMF-EV platform. A platform on which Nissan’s Ariya SUV is also produced. This platform has a reduced engine compartment, the size of the parts of an electric motor being more compact than on cars with internal combustion engines. Combined with an extended wheelbase and wheels positioned at the four corners of the vehicle, this frees up volume for the benefit of a unique exterior design, increased roominess and an original interior layout.

Remember that in the field of electricity, there are two radically different strategies among manufacturers today: the dedicated electric platform and the multi-energy platform.

A native EV model superior to a thermal-electric model

In the first case, here with Renault, the manufacturer starts from a blank sheet to build a vehicle suitable for electric in terms of weight, design or even the integration of driving aid tools and distribution of masses. Other manufacturers like Tesla and Volkswagen with its ID series. or the Koreans Kia and Hyundai have opted for this strategy of a dedicated platform. Without any the best strategy at present.

The majority of other car manufacturers, such as Stellantis in particular, have opted for a multi-energy platform which makes it possible to have a reduced investment by equipping a thermal model with an electric motor. It’s easier and cheaper, but that has nothing to do with electrical efficiency and range. The end customer can quickly tell the difference between these two types of electric vehicle. Autonomy is very reduced and uncertain in this second case. The boom in the plug-in hybrid in 2021 also marks this lack of enthusiasm for these true-false full-electric vehicles. 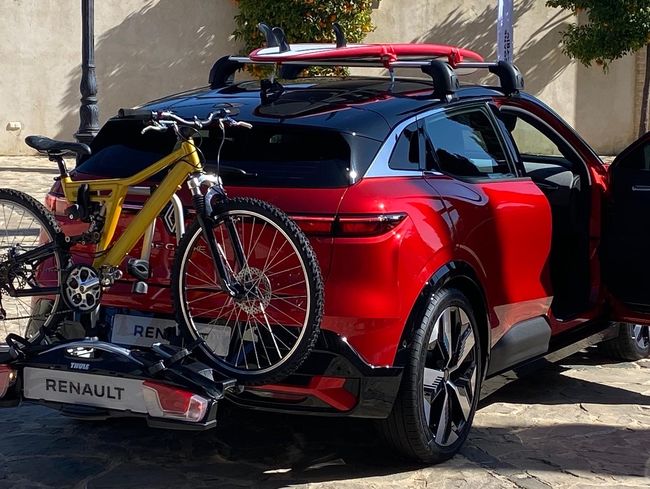 Interior and exterior design that ticks the boxes

With the extended wheelbase (2.68 m for a total length of 4.20 m) and the reduced overhang offered by the new CMF-EV modular platform, this model displays interesting proportions. Both compact and SUV, the electric Mégane has 20-inch tires (18 inches at entry level). The vehicle inaugurates new light signatures, very “electrifying” and which pass through to the central logo, in order to reinforce its dynamic design. All versions of New Mégane E-TECH Electric incorporate flush door handles. Inside, we forget the hard plastics and poor finishes of previous Renault thermal models. We feel here the premium touch of Luca de Meo through the inspirations coming from the furniture. There are thus several new or recycled materials that combine to give a warm atmosphere. In the same spirit, the dashboard is topped with entry-level and mid-range textiles.

On board, the OpenR double screen bringing together the dashboard displays and the central multimedia screen marks a break for the brand. It is a success that brings this model closer to a Tesla Model 3 and places it ahead of Volkswagen’s ID.3. On the software side, the OpenR screen hosts the new OpenR Link system with integrated Google. During the test, there were no connection problems or difficulties in understanding the various functions, as is often the case with new electric vehicles.

The powertrain fitted to New Mégane E-TECH Electric is completely new. It was developed within the Alliance and is taken up by its various partners. It is manufactured at two sites: in Japan for Nissan and in France, at the Cléon plant, for Renault.

It is a wound-rotor synchronous motor, the technology on which Renault has been relying for ten years and which will be, for the Renault Group and the Alliance, that of the future. It offers better efficiency than permanent magnet motor technology and the absence of rare earths limits its environmental impact and the costs of large-scale production. On the Mégane e-Tech, this engine is offered in two versions: 96 kW (130 hp) and 250 Nm or 160 kW (218 hp) and 300 Nm.

On the winding roads of southern Spain, driving is pleasant and comfortable on board an electric vehicle. A real plus compared to Volkswagen’s ID.3, while this Mégane model is close to the Tesla at this level. Two 40 and 60 kWh battery packs are offered with this model with a WLTP standard range of 300 km and 450 km respectively, increased to 470 km with the “Evolution Extended Range” version.

Rival of ID.3 and Tesla

Positioned in the C segment, the electric Mégane e-Tech will have the Volkswagen ID.3 as its main competitor, but also and of course the Tesla Model 3 or even the Korean models Kia and Hyundai. The electric platform obviously has a lot of advantages in terms of electrical efficiency and autonomy but also in terms of the integration of on-board driving aid tools from the design stage. Which is progress compared to thermal vehicles simply transformed into electric.

Capacity and recharging speed are decisive

With prices ranging from €35,200 to €47,400 (bonus not deducted), this Mégane comes with a number of advantages in its market. Several charging levels are available for the EV40 and EV60 engines from 7 kW at home to 85 kW in fast charging.

At the level of recharging precisely, we may regret that the super charge at 135 kW is only reserved for the EV60. This allows you to recover 300 km of autonomy in 30 minutes. It should also be noted that the 22 kW in alternating current is also only available in a high-end version with Optimum charging. These fast top-ups are only accessible from 41,700 euros. It’s a shame because it positioned this electric Mégane in direct competition with Tesla.

The thermal Mégane 4, still in the catalogue: but until when?

The thermal Mégane 4 in petrol, diesel and plug-in hybrid versions will remain in the catalog for another two years even if the manufacturer remains discreet on this point as on the expected volumes of electric Mégane e-Tech to come. This transition between thermal and electric is a crucial issue for the manufacturer. This previous generation thermal Mégane should be mainly marketed in B2B. As a reminder, in 2021 the Mégane 4 represented a volume of 38,369 units in France for a market share of 2.3%.

By choosing an identical name for its new electric vehicle, the manufacturer capitalizes on a recognized name and saves on a new brand launch, but it also takes the risk of confusion between two vehicles that have absolutely nothing have. For the customer to be able to make a difference, the role of the dealership salesperson will be decisive on this point in particular.