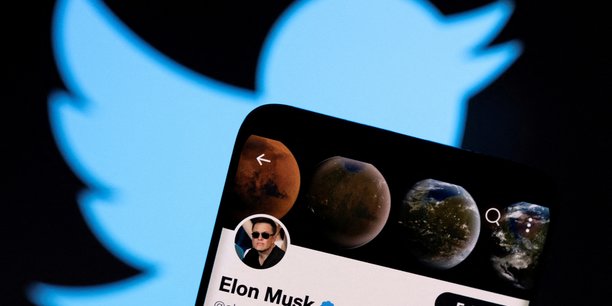 The series of twists launched at the beginning of this month has come to an end: on April 25, the leaders of Twitter and Elon Musk announced that they had reached an agreement for the boss of Tesla and SpaceX to acquire the social network for the sum of 44 billions of dollars.

Although Twitter has far fewer users than its competitors such as YouTube, Facebook, Instagram or even TikTok, Twitter is considered a real tool of influence, in particular because of its use by many figures in the political, artistic and media world. . In addition, it is common for the so-called “traditional” media to take up and comment on their own medium what was initially published on the blue bird platform, which increases the perception and reality of its importance for public discourse. 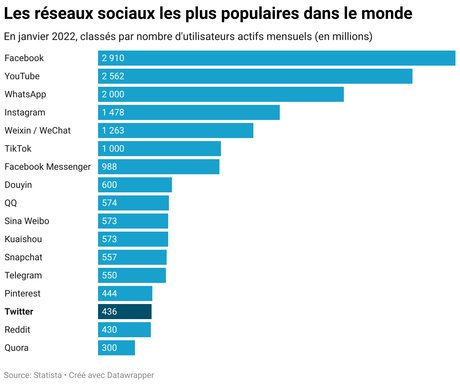 The examination of the various declarations of the one who will soon become the new owner of Twitter reveals that his approach borrows the codes of populism, as it is usually conceived and practiced in the political arena.

The Dutch researcher Cas Mudde, one of the main specialists of the concept, points out that, beyond the diversity of observable practices, populism fundamentally consists in addressing a “people” to promise them the implementation of actions that would conform to what is presented as a form of “general will”, breaking with the interests of a supposed “elite”.

Although Musk does not invoke any of these keywords directly, his communication around his takeover therefore follows the contours of what characterizes a populist discourse.

For the “people”, against the ruling “elites”…

Thus, if he does not invoke a “people” as such, Elon Musk made use of the tool he was about to acquire to address the platform’s user community directly. form and gather their opinion on various subjects. If certain questions were of secondary order (such as the famous ” edit button of a tweet already published), others concerned the very functioning of the platform and its impact on democracy.

These consultations, which logically mobilized his own “subscribers” in the first place, produced results in the desired direction, which enabled him to present himself as the effective relay of expectations supposed to benefit from strong support. . Such a way of proceeding is reminiscent of the tendency, relatively marked among populist political formations, to call referendums or to promise the organization of them in their electoral programs.

These online surveys, real challenges launched in the public square in status quoalso aimed to exert significant pressure on those who were then at the head of Twitter, which is to be linked to another component of populism, in this case the rejection of the “elite” in power.

Musk then went much further in this direction, saying that the sidelining of the management team in place was a prerequisite for the implementation of the major transformations promised on the platform. According to him, it was this intention that guided his decision to “transform Twitter into a private company” (it was then a “public” company in the Anglo-Saxon sense, because it was listed on the stock exchange), and therefore to take direct control. In his purchase offer, he promised bluntly: “I will unlock the potential of Twitter”.

The ruling elite was therefore sidelined in favor of a single decision-maker in a central position: the presence of a leader whose person embodies the power in place is precisely another striking feature of populism.

… and in the name of a supposed “general will”

In order to satisfy this supposed “general will”, which as we have seen is the third component of populism as defined above, Musk has put on the table a series of proposals to evolve the platform, in particular during a public conversation, held on April 14 in the context of TED’s annual conference. While these measures are presented as meeting grassroots expectations, the practical difficulties inherent in their application are glossed over, a recurring mismatch in populist discourse.

Musk proposes to delete automated accounts (bots), ignoring the fact that many of them are of real use, for example to relay alert messages immediately. It also promises to eliminate fraudulent messages (scams), which aim to deceive their recipients, for economic purposes and/or piracy. An intention that is no doubt laudable, but which pretends not to know that this problem protean cannot be resolved in a few lines of code. On the contrary, those who indulge in these practices are constantly adapting to the means of struggle deployed against them.

As for the classification and content selection algorithms, it would make them accessible to all users in order to offer them the opportunity to understand them. Although a broad consensus exists on the need for greater transparency in this area, this way of proceeding in particular would be difficult to apply, due to the extreme level of complexity of the algorithms in question, which moreover rely on a increasing use of artificial intelligence. Even assuming that it is in the realm of the feasible, would such a degree of transparency not above all be a wonderful gift offered to those who would like to take advantage of the system to obtain undeserved visibility?

In addition to these changes which go through mainly technical adjustments, Musk places at the center of his project for Twitter a clear decline in the rules which govern the publication of content on the platform. For someone who has openly claimed the status of “freedom of expression absolutist”, this greater latitude would be necessary in the name of the defense of democracy.

First of all, the practice of the leader himself makes it possible to doubt the reality of the absolutism that he claims: this principle has not prevented him from blocking users who have made critical remarks against him or from take retaliatory action, both online and offline, against those who have expressed their disagreement with him.

Second, reducing content moderation on the platform would further expose groups considered to be minorities, who are already the first victims of the most harmful online behavior. If materialized, this unraveling of the few rules that, albeit imperfectly, today aim to protect minorities from majority power will be an additional manifestation of the populist traits of Musk’s approach.

Finally, if freedom of expression is undoubtedly one of the fundamental pillars of democracy, it is just as true that not recognizing any limits to it constitutes a profound danger for this mode of government, all the more so in a context where the misinformation or calls for violence can flow with such speed and ease. Therefore, the assertion that the more freedom of expression is extended, the better democracy is defended amounts to ignoring, deliberately or not, the lessons of recent years.

A nebulous conception of freedom of expression

Despite this emphasis on greater freedom of expression on the platform, Musk seemed taken aback when asked more specific questions on this point, in the context of the April 14 conference mentioned above.

Pressed insistently on this subject, he acknowledged that Twitter is and will remain subject to national laws. He soon after introduced another limiting factor by admitting that speech should be free there “as much as reasonably possible”, which opens the door to possible restrictions, on the basis of criteria which at this stage remain myst
erious. Assuming, in fact very realistically, that a statement would be in a “grey area”, Musk considers that it should be kept online… which strangely coincides with the current practice of existing platforms , and especially Facebook as its leader Mark Zuckerberg pointed out in 2019.

During this same public conversation, he indicated that freedom of expression exists according to him if “people whom one does not like are authorized to express ideas which one does not like”. The least that can be said is that, in its current form, Twitter already largely meets this expectation, given the tone and content of many exchanges. Even Republican sympathizers in the United States, many of whom criticize the platform for being too restrictive and welcome its takeover by Elon Musk, would be hard pressed to accuse it of not allowing free expression. ideas opposed to theirs.

A little later this time on their favorite digital medium, he asserted that “the policies of a social media platform are good if the most extreme 10% on the left and right are equally unhappy”. Again, it would be hard to fault Twitter for failing to meet this condition, given the conflicting criticism the company has received from both sides.

Only one point was the subject of a relatively clear position on the part of Elon Musk: he spoke against permanent suspensions of accounts, saying he preferred those of a temporary nature. In this, it would indeed deviate from the current practice of Twitter, which applies one or the other of these sanctions depending on the seriousness of the facts. Therefore, if he gets his way and if he maintains this position, one of his very first decisions could be to reinstate the account of former US President Donald Trump, suspended for “incitement to violence” after the assault launched against the Capitol on January 6, 2021.

This gesture towards the ex-tenant of the White House, which Elon Musk has approached in recent years, would be perceived as eminently political. But this would probably represent little more than a simple foretaste of the difficulties he would have to face on a recurring basis if he were to become the helmsman of such a platform. Indeed, any rule or decision made by Twitter would be immediately interpreted as being his personal action. In an environment as politicized as the current one, this reflex can only harm him.

In short, once his general statements are set aside, the entrepreneur has in reality only very vague and not very innovative notions to develop what is supposed to be the keystone of his revolutionary project for Twitter. Which raises, of course, the question of the concrete measures that he would implement in the name of freedom of expression, once in charge: would he mark a break as clear as he announces it with forceful superlatives? Or would these grandiloquent words not be out of step with a practice that is in fact not very different from the current one? Given the leader’s temperament, there is every reason to fear that he will dismiss existing policies of moderation out of hand and decide to start from scratch.

Let’s avoid any misunderstanding: the platform in question is still a long way from satisfactorily managing the content it publishes and distributes. On the contrary, the criticisms against her and her congeners remain abundant. However, Musk’s takeover of the group risks undoing the progress slowly made in content moderation over the years and, in many cases, under the pressure of events. It would then be a matter of starting from scratch – or almost – and evolving as the errors made are recognized as such.

The original version of this article was published on The Conversation.