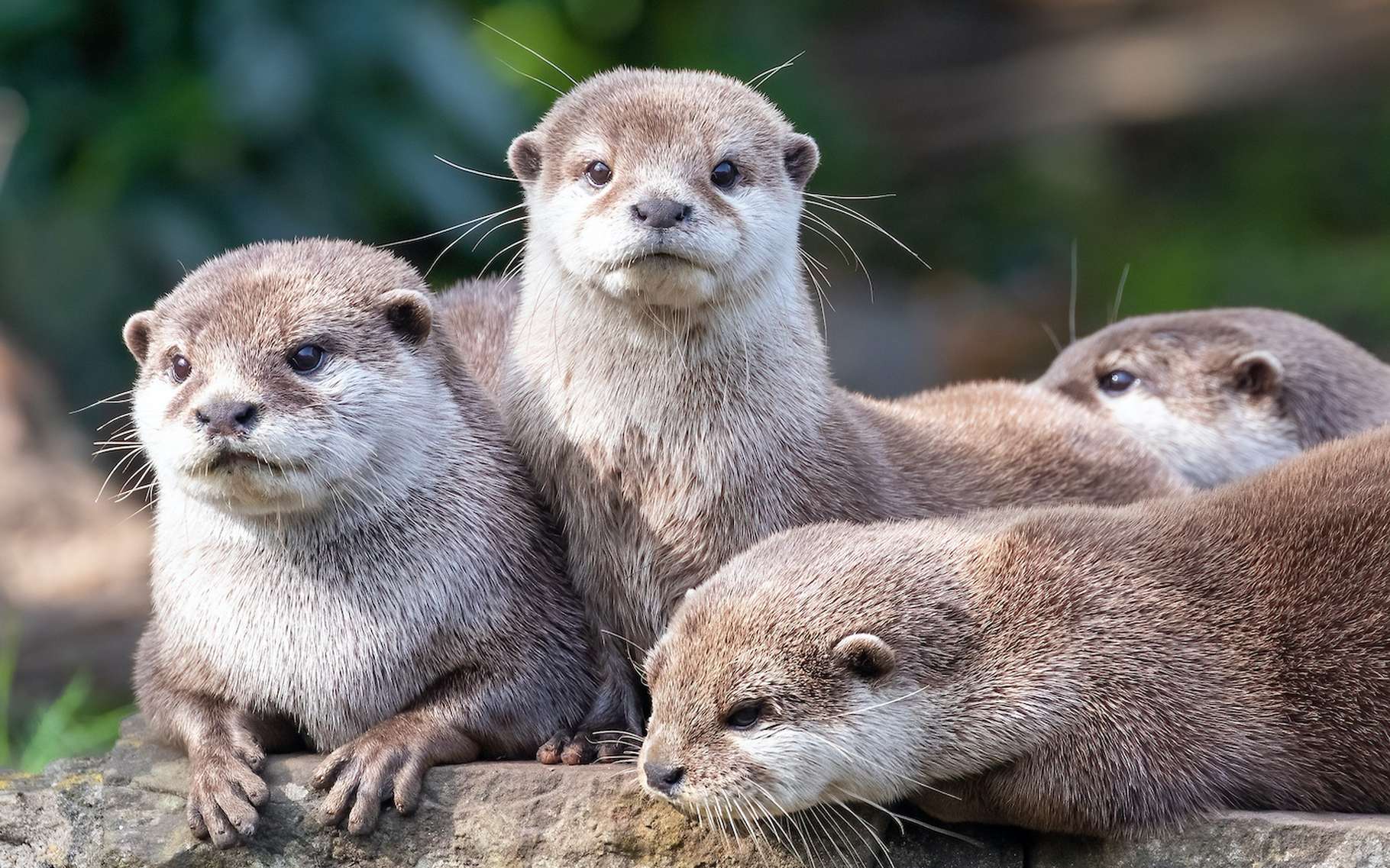 Did you know that the otter is part of the official list of new pets ? The so-called Nacs. Yes, anyone can have at home a specimen of this funny little beast, which has been protected in France for more than 40 years. Anybody. Well almost. Because if you thought of adopting an otter, you would still have to get a certificate of capacity. A kind of guarantee that you know what is good for her. How to house it, how to feed it or more broadly, how to ensure its safety and well-being.

If, in our country, domestic otters seem to want to remain the exception, in Japan, for example, otters have been literally all the rage for some time. The ” bars with cats”, it is has-been. Now we push the gateof “otter cafes”. History of stroking or feeding the animal. And of course, to immortalize the moment with a photo too cute to publish on the social networks.

Result, in front of the pollution or the destruction of its habitat, the poaching became, for the otters, the first of the dangers. For the gray otters , notably. A species native to Southeast Asia. The smallest species of otter in the world. It weighs little more than 5 kilos. And she is very playful. This makes it all the more attractive to eyes of those looking for an original pet.

What is also special about this tiny otter is that it turns out to be rather clever when it comes to… finding something to eat! For us, it’s simple, a quick trip to the supermarket and you’re done. But, in the wild, it’s a whole different story. A story of life or death in which the animals must not only know how to identify the foods that could be good for them, but also learn how to circumvent possible means of defense — thorns, shells, etc. — set up by their “prey”.

A bit of others and a bit of yourself

To learn a little more about the habits of the gray otter, researchers submitted a few specimens living in different zoosto a series of experiments. They offered the otters meatballs “hidden” — in quotes, because the pellets in question were clearly visible, to attract the attention of the little animals, there were even holes in the box, to let the smells through — in boxes that they had to manage to open to access this reward. By pulling a tab or opening a flap, for example.

Researchers first observed that otters seem to learn from each other. To decide whether or not it is worth tackling these boxes. But also to understand more quickly how to overcome the artificial difficulty put in their way by humans. The researchers also noted that otters seem able to remember can-opening tricks for several months.

To go further, the researchers have this time also decided to offer the otters some prey that is completely natural for them. Prey however unknown to these specimens having always lived in zoos. Trout – as a control food, since it was directly accessible -, crab and mussels – both naturally protected from greedy by shells.

The otters were suspicious. They observed some of their closest, somewhat bolder companions — possibly adult males — before tackling these foods that were new to them. As if they prefer to rely on the experience of others to know if a food is worth it or not. And new evidence that otters can learn what types of prey to devour by observing their peers.

However, once the prey was spotted, the otters became curious. Spending time handling it. Sometimes even to juggle with some of them. Mussels, for example. A curiosity that eventually led them to discover on their own how to get rid of the shells that hide the food. One more sign that the otter knows how to make the most of social learning and itsclean intelligence. A very small animal definitely… not so stupid!