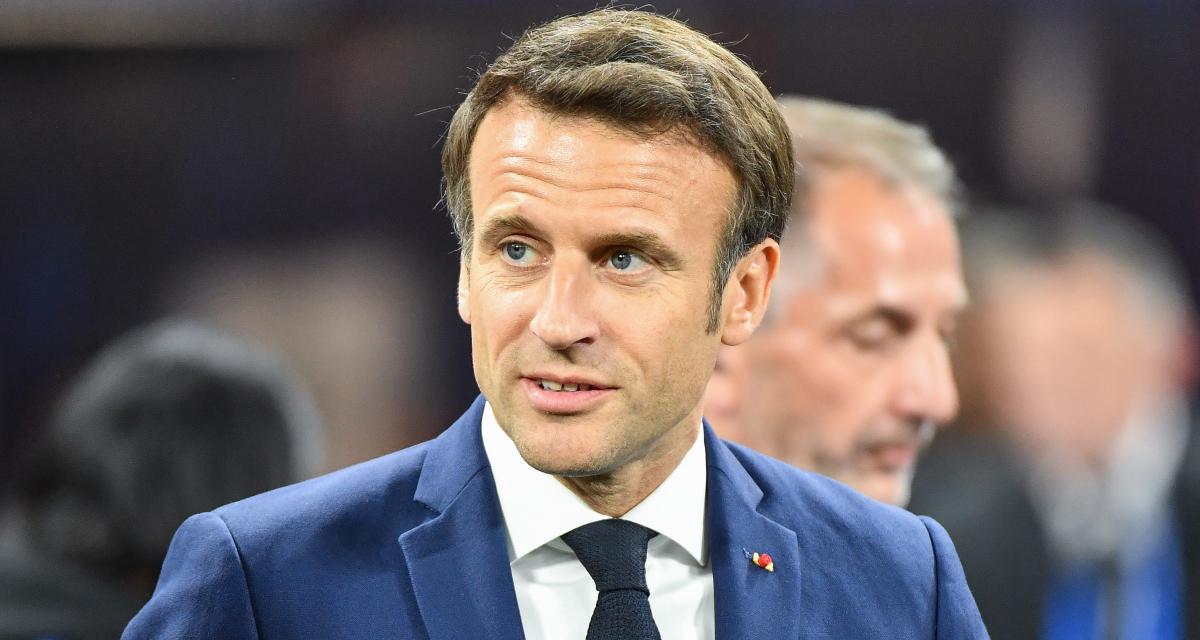 After the fiasco of the organization of the final of the Champions League at the Stade de France, Emmanuel Macron moved this Wednesday to Clichy-sous-Bois, in order to inaugurate a dojo for the 2024 Olympics in Paris, and announce the opening of the Pass’Sport to scholarship students.

In an interview with RMC Sport, the head of state spoke about the violence in the stadiums, but also about the possible arrival of Zinedine Zidane on the bench of Paris-Saint-Germain.

“I was able to speak with Kylian Mbappé, but he makes his choice in conscience. He has shown it, he is very mature, he is building his career and his commitment with a lot of sense of responsibility. I did not speak to Zinédine Zidane, but I have immense admiration for him, the player, the coach. We really want to have, in the French championship, an athlete and coach of this talent who has been able to bring back three major cups that we covet. a lot for our clubs. I wish for the influence of the French championship and for France that he comes back and that he comes to train a big French club, it would be great. It is my role to say that France is a great nation sports and football, that there are great audiences, who love this sport. It is important for us that the best we have trained, who have sometimes shone internationally, can come back.”

Violence in stadiums in France

“I salute the commitment of President Labrune and President Le Graët and the spirit of responsibility of many athletes. Dimitri [Payet], as you mentioned, himself had very strong and very responsible remarks when he was attacked on the lawn. I think transparency is very important. We must and we can all improve. This is what the Minister of Sports, the Minister of the Interior and the Prime Minister will do. Reports will be made, we will also work with the federation, UEFA, to draw all the consequences of what we have just experienced.

More generally, this is the lesson I want to draw from everything that we have experienced recently and in recent years: sport is a wonderful discipline that is good for the body and the mind. It is necessary to drive out incivility and violence from sport. We obviously have to prepare so that, in major events, there is no room for violence outside the stadium and in the stadium. You have to be intractable in professional or amateur sport to say that hate speech, racism and homophobia have no place in stadiums. None. There is a very important work with the federations to be intractable, to be rigorous and prevent with the clubs and the supporters, to train the supporters, to change the mentality.

And it is educational work. From an early age, with school, sports clubs, federations, it must be said that when you love a sport, you love the discipline that goes with it. When we shout, when we are violent, when we insult, when we make racist, anti-Semitic or homophobic remarks, we don’t like sport. This is not the value of sport. The value of sport is to respect a referee, to respect his opponent, to know how to play with his teammates in a collective sport, to have group disciplines even in individual disciplines such as judo. That’s sport, nothing else. Sometimes, we lost it by considering that rites or habits could be taken and that we had tolerated. No. All those involved in sport must help us to no longer tolerate it. We are intractable, we are all responsible, and we will educate differently.”

“You know my support, my friendship… Bravo for this season all the same, we know the difficulties of the championship that we had to live with. I think it held up well. I hope with all my heart that the next transfer window will be prepare well. Who knows, you mentioned great coaches, their hearts are in Marseille too… We have the right to dream!”

Traveling to Clichy-sous-Bois, the President of the French Republic, Emmanuel Macron, spoke about the violence in the stadiums, but also about the rumor that sends Zinédine Zidane to the bench of Paris-Saint-Germain.