Ituri: ten years after the Mai-Mai attack, the RFO has no okapi animals - DALTONHURD Skip to content 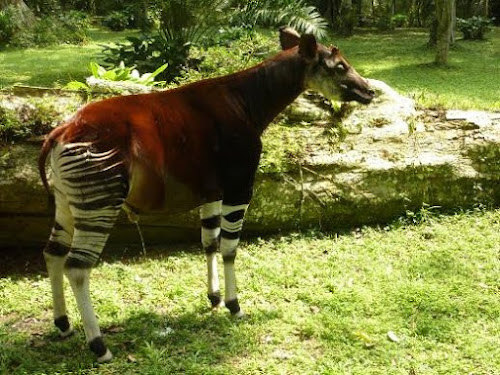 Ten years after the Mayi-Mayi attack, the Epulu Faunal Reserve in Ituri has no okapi animals in its enclosures.

The head of the Okapi conservation project in this reserve, Berce Sanfwasa said so this Saturday, June 25, in a press briefing in Bunia.

He indicated that there are several challenges that do not favor the captivity of these rare species that are found only in the DRC.

Berce Sanfwasa cites, among other things, the activism of armed groups and the illicit exploitation of minerals:

“The reserve faces many challenges in terms of illicit mineral exploitation, armed poaching, some pockets of armed groups that destabilize the management of this reserve. These armed groups also insecure the local resident community. For us, this constitutes an anthropogenic pressure on the fauna but also on the flora”.

He said that many efforts are being made to secure the reserve in order to make its fauna and flora viable.

The Epulu station had housed about 20 okapi animals in captivity since 1987.

This attracted many tourists from all over the world.

On June 24, 2012, the Mai-Mai Simba of militia leader Morgan attacked the wildlife reserve in Okapi.

These assailants had savagely killed 15 okapi but also 2 guards of the reserve by destroying the administrative building of the station.