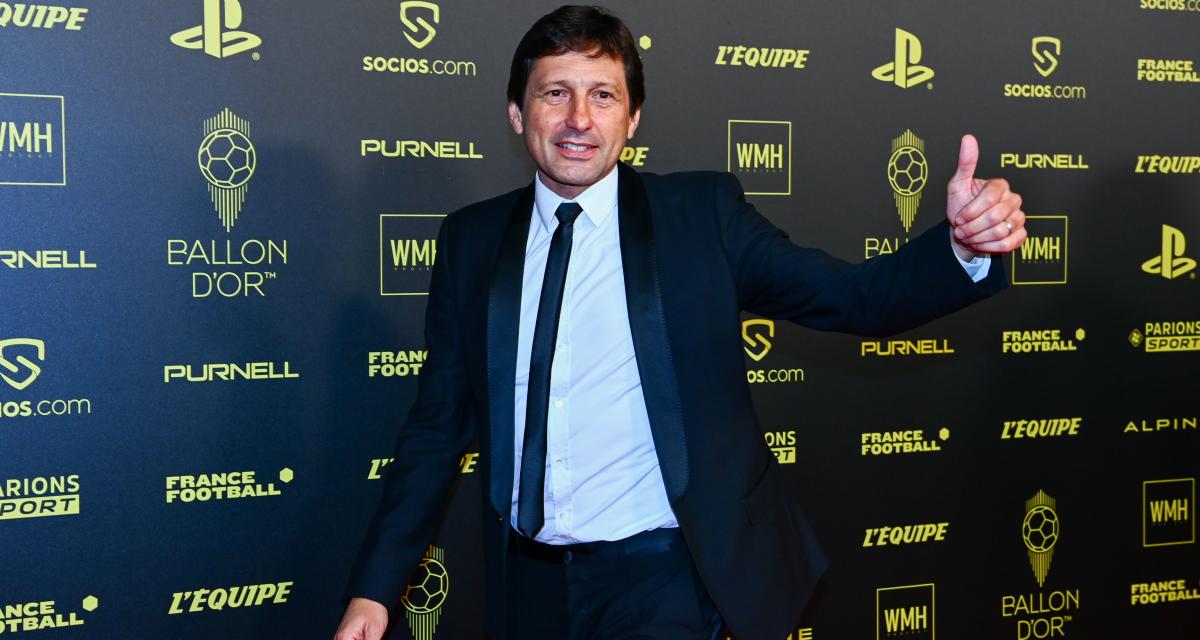 It’s time for the last dance for Leonardo! Dismissed from his position as sports director of Paris-Saint-Germain on the evening of the tenth championship title, on May 21, the Brazilian took stock in the columns of L’Equipe.

The Brazilian mentions in particular the non-officialization and the timing of his departure, the extension of Kylian Mbappé’s contract at PSG, the arrival of Lionel Messi or his future.

The non-officialization of his departure

“We talked about it with the club. No doubt it’s my way of being, but I always find it a bit pathetic to say ‘thank you very much, bye…’ It was not important to make a press release. My relationship with PSG has always been linked to too strong an emotion. I arrived there as a player at one point. (in 1996) where the club was in turmoil, the team had won the Coupe des Coupes (C2), I lived a very intense year. If I came back here in 2011, it’s because I had worn these colors. There was emotion when arriving, when leaving and, even there, when cutting, now.”

A link between his departure and the extension of Kylian Mbappé?

“No, I wasn’t told that. But I don’t want to get into that kind of thing. And the fact of having kept a player of that level, French and Parisian, is important for PSG and the L1.”

“It’s your judgement. Judging a decision is easier than making the decision. Being in a decision-making position isn’t easy. It’s a lonely position. OK, you’ve made a decision, maybe you’ll shock, but it’s your decision. Everyone is a little under pressure. Everyone is in difficulty, in the race.”

“I’m leaving with zero bitterness! Honestly, zero! Afterwards, I have my vision. But it’s not the day to pour out. It’s the day to thank Qatar and Paris for giving me this opportunity. And I’m not doing it out of demagoguery.”

“We could have done better, we can always do better. But I experienced two very clear stages. The first, in 2011, was that of construction. We started from an almost blank sheet. But there, it was different. We had the opportunity to do something exceptional and that’s why I have to thank Qatar. I experienced something very intense. The idea was to build something that remains even when you’re gone.”

XXL recruitment last summer and the arrival of Messi

“When three young talents arrive like Hakimi (then 22 years old), Nuno Mendes (19 years old) and Donnarumma (22 years old at that time), Ramos, Wijnaldum and Messi, you say to yourself: what is it? is that? Everyone said it. Then you lose in the round of 16 (C1), we say: “It sucks, it’s the management, it’s the group…” is also true that I think there were moments of fatigue. The Covid season had an impact on the one after. I have had Covid twice and I still feel it sometimes So, yes, maybe we could have scored more sometimes. You never know. There are times when you will intervene and the influence is not good. There are times when you stay outside and he might miss something. But still: in the end, we made Messi! We can say what we want. (…) We talked about it. But Messi never thought too much It was the last moments, before he arrived, that were decisive. Afterwards, everything becomes a bit normal. al but put…, you made Messi’s only transfer in his career! So yes, thank you. Messi, there is nothing more than that. Chronologically, there is Pelé, Maradona, Messi. He is in Olympus. So when I take stock of my three years, I see a C1 final, a semi-final, the 10th league title, seven national trophies and I add Messi.

A future in Valence or in France?

“There is nothing concrete. It spoke a little, like that, but nothing more. The fact that people are talking about me there makes me happy. It’s another club where I played (1991-1993). I was a manager here (in Paris), in Milan, two clubs where I played. The fact of having played in a club is something positive. (…) Seeing myself as a manager another important French club like Lyon, it would be complicated. Aulas has been there for thirty-five years, I take this opportunity to congratulate him because everything he has done is enormous. When you know the complexity of all that , his perseverance, his ideas, hats off!”

While his dismissal has not even been formalized, Leonardo took stock of his second stint as sports director of Paris-Saint-Germain. “We talked about it with the club. No doubt it’s my way of being, but I always find it a bit pathetic to say ‘thank you very much, bye…’ It was not important to make a press release. My relationship with PSG has always been linked to too strong an emotion. I arrived there as a player at a time (in 1996) when the club was in turmoil, the team had won the Coupe des Coupes (C2), I lived a very intense year. If I came back here in 2011, it’s because I had worn these colors. There was emotion when I arrived, when I left and, even there, time to cut, now” said the Brazilian in an interview with L’Equipe.