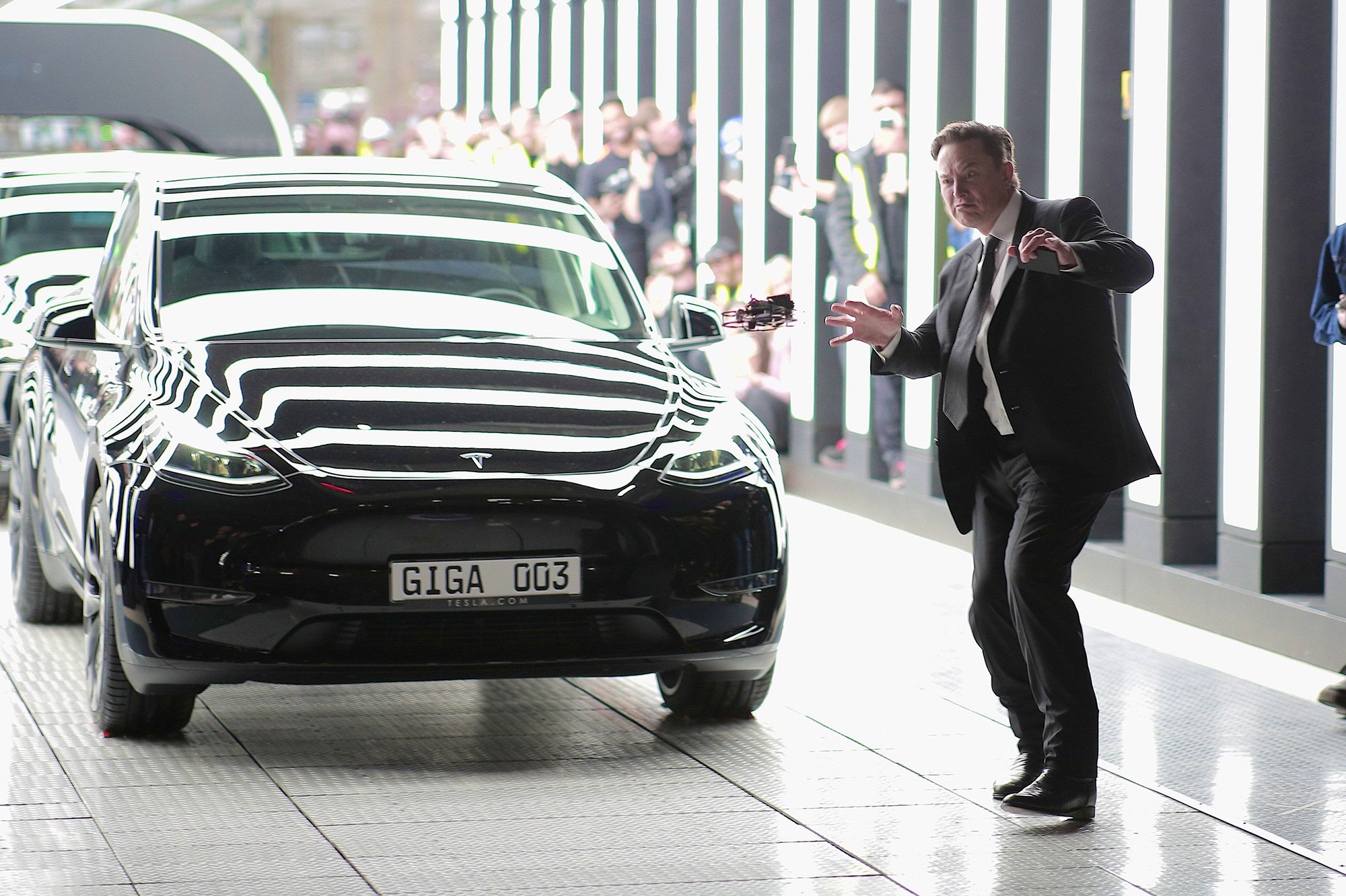 In a world thirsty for electric vehicles, these Tesla “made in Germany” come to challenge the German manufacturers on their ground. Here are five things to know about Elon Musk’s German “mega-factory”.

A project of superlatives, Tesla’s first European factory delivered its first cars on Tuesday to its Grünheide site, near Berlin.

The beginnings are modest: thirty customers collected their Tesla Model Y at the Berlin factory on Tuesday during a ceremony organized for the occasion. But the American group is thinking big: eventually, 500,000 units of this electric SUV should leave the Berlin factory each year, a significant leap for Tesla, which produced just under a million vehicles last year.

The factory is presented as the “most advanced” of the group which produces on four sites, in California, Texas and Shanghai. So far, Europe has depended on the Chinese site to deliver Model Ys to customers. The “mega-factory” in Grünheide is “one of Tesla’s biggest strategic projects” which “should strengthen its market share in Europe, as more and more consumers opt for electric vehicles”, believe the analysts at investment firm Wedbush.

“Das Auto” on the alert

Tesla’s production model “very effectively tackles German automakers” engaged in a forced march to electric, said German automotive expert Ferdinand Dudenhöffer. The threat is particularly acute for BMW or Audi, in which “the all-electric car is still in a niche and badly positioned”, according to him.

Tesla made a profit margin of 12.4% per electric car last year, “better than BMW and Audi”, the closest to Tesla in terms of range, he adds.

Herbert Diess, the boss of Volkswagen, was worried recently that the American could manufacture a car in Grünheide in ten hours, when the main electrical plant of the German giant is currently still spending “more than 30 hours” there.

A chance for the East

Located in the Land of Brandenburg, about thirty kilometers from Berlin, the Grünheide plant is the largest industrial project to have emerged in the former GDR since reunification. “Tesla turned on the spotlight and shone it on Brandenburg and East Germany,” said regional head Dietmar Woidke. He wants to see in it “a reversal of the trend” in favor of the east which has not yet caught up with the socio-economic level of the west.

Ultimately, the plant should employ 12,000 employees and attract a large network of subcontractors. Built in just over two years, on the basis of provisional authorizations, “Tesla must serve as an example for investment projects in Germany” which too often come up against too long administrative procedures, estimates the federation of industrialists BDI .

The installation of this factory in the heart of a vast forest region has aroused the protest of some local residents, worried about the ecological impact of the project. Supported by environmental defense associations, they initiated numerous legal proceedings. A small demonstration took place again on Tuesday in front of the factory.

The site’s water consumption is particularly in question: the plant is located in localities already under stress, affected over the past three years by summer droughts.

These issues led to several construction site suspensions and delayed the issuance of approval by the administrative authorities, which Tesla did not receive until early March.

Elon Musk closely followed the process of building his first European factory. The Tesla boss attended the handover of the first vehicles on Tuesday, tweeting in German: “Danke Deutschland!!” Regularly meeting local and national politicians, the American billionaire has repeatedly been irritated by the slowness of the German bureaucracy.

But the whimsical boss also rolled out the big game, inviting hundreds of residents to a funfair on the site in October.

Electronic music, which he likes, was still on the program for the inauguration on Tuesday, reserved for a handful of accredited members, far from most of the media that the group has largely kept at a distance for two years.