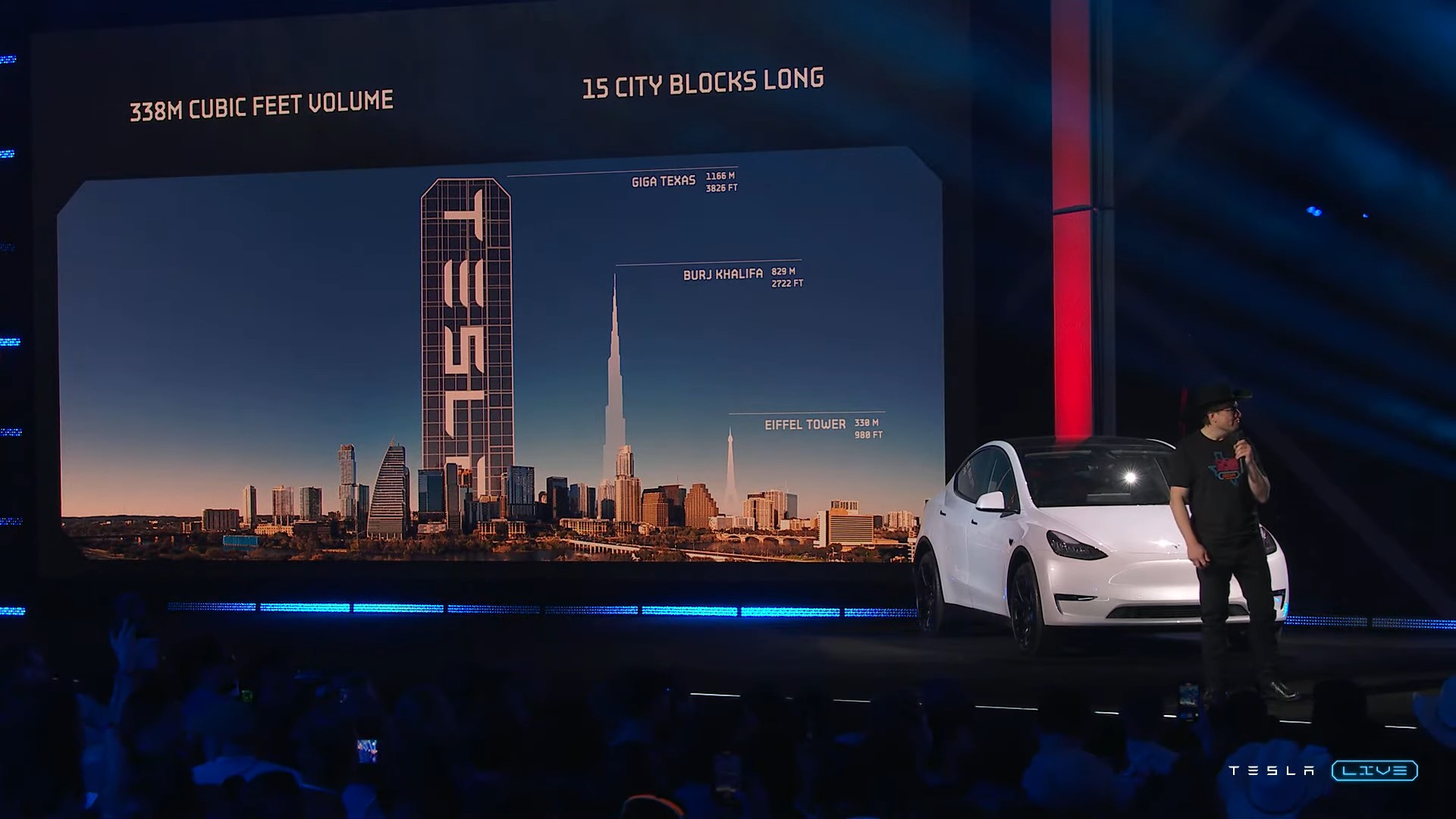 Elon Musk arrived on stage, with his cowboy hat and dark glasses, in front of a white-hot crowd. The show was almost more like a rockstar concert than a factory inauguration.

Nearly 15,000 guests attended the inauguration of the Tesla gigafactory in Texas on April 7, 2022, a large fair with concerts, barbecues, virtual tours and fireworks. In front of an electrified crowd, Elon Musk unfolds his speech, interrupted many times by the cries of a delirious crowd. We heard ” Elon you are our hero and seen people in tears as Elon Musk appeared on stage. The opportunity for the boss of Tesla to take stock of the past, present and future of the brand.

A few days after the inauguration of the Berlin megafactory, in a much more sober atmosphere, Elon Musk is doing his show in Austin.

Tesla’s largest factory, and one of the most sophisticated

The new Texas mega-factory is a $1.1 billion investment. It is the pride of Elon Musk, who could not help but compare its size to that of the tallest tower in the world to show its gigantism. It covers the equivalent of a hundred football fields. On one side, the materials enter raw, on the other, the cars come out finished, all in one and the same building. From batteries to vehicles, the new plant in Austin covers all the needs of the brand, it is one of the most sophisticated.

Elon Musk said during his speech that the plant will produce at least 500,000 vehicles a year by next year as the plant ramps up to full capacity. As a priority, the plant will manufacture Y models to meet the very strong American demand, but other models could complete the program as early as next year.

Cybertruck, Roadster, Semi and the Optimus robot for 2023

Elon Musk confirmed the announcements he had already made during other speeches. If the year 2022 must meet the production challenges, with very strong demand and increasing lead times, Tesla has responded with the opening of factories in Berlin and Austin. The year 2023 will be that of new products, and in particular the highly anticipated Cybertruck, for which Elon apologizes for the delay.

The Roadster and Semi were also mentioned for next year. It is especially on his humanoid robot named Optimus that Elon Musk insisted, promising that he would not turn into a “Terminator”. Thanks Elon for trying to reassure us.

If you want to watch the live: