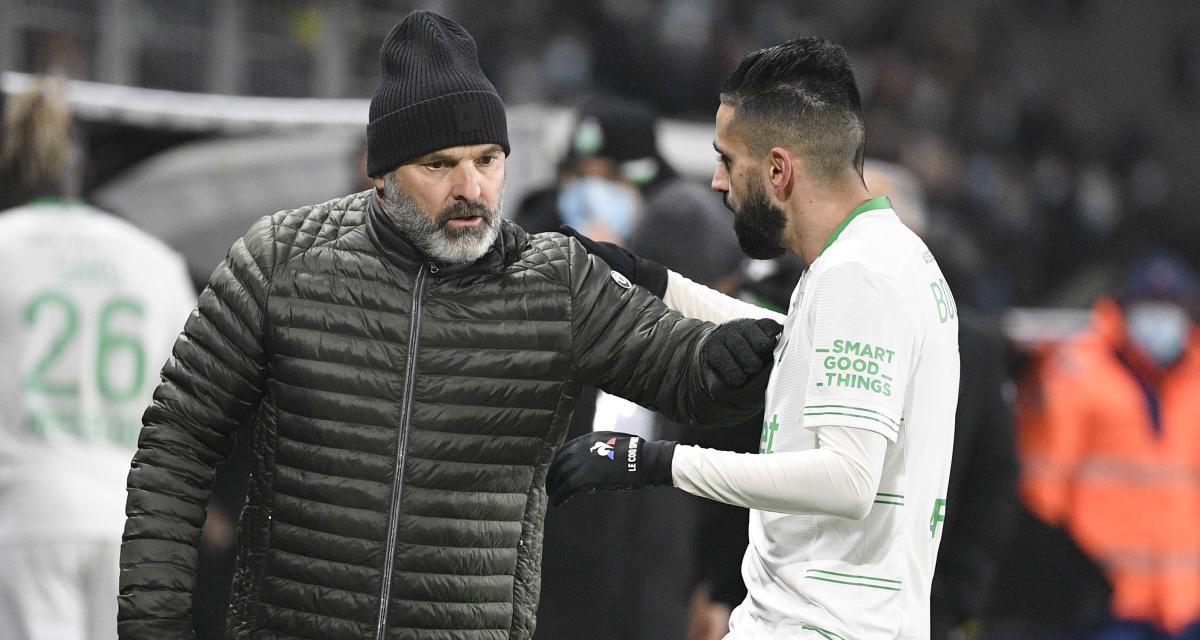 Discarded from the group for the trip last Saturday to the lawn of FC Nantes (1-1), on the occasion of the 38th and last day of the championship, because of his attitude, the attacking midfielder of AS Saint-Etienne, Ryad Boudebouz, will he be back this Thursday for the first leg of the Ligue 1 accession against Auxerre?

SEE ALSO: ALL THE NEWS FROM AS SAINT-ETIENNE

Asked about this during the pre-match press conference, Pascal Dupraz assured that the Algerian was present this Tuesday morning in training. “We are more than ever 26. It was not the lookalike of Ryad Boudebouz who was there this morning so he was there”, declared the coach of the Greens in front of the media. Ryad Boudebouz should therefore figure well in the Saint-Etienne group for the trip to Auxerre.

🎙 @CoachDupraz before #AJAASSE : “We have been focused since the final whistle in Nantes. Focus on this double confrontation against Auxerre. It is a certainty. I want proof of this in the attitudes I have seen since.”

Present this Tuesday at a press conference two days before the first leg of the Ligue 1 accession against Auxerre, the coach of AS Saint-Etienne, Pascal Dupraz, spoke about the Ryad Boudebouz case.