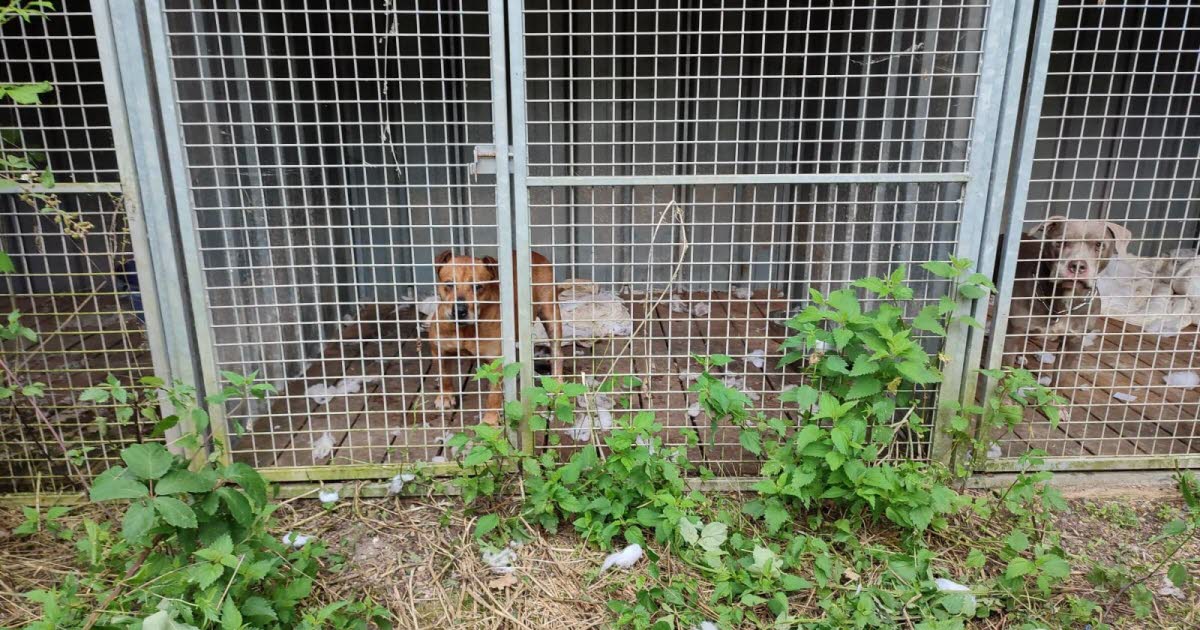 The track of the president of L’Arche de Bouba, plagued by regular trouble with the law and animal protection associations, led a lady posing as an investigator for the Brigitte Bardot Foundation to Barville, an annex of Nitting, in the country of Sarrebourg. The man, who owns a small piece of land there with a small house, was suspected of wanting to place certain animals there. A first alert had proved unsuccessful a few weeks ago. But on Saturday June 25, the investigator, who refuses to release her name, was on site with other volunteers. They did find dogs. Seven in total. Four category 2, whose presence is supposed to be reported to the authorities.

The mayor of Nitting, Jean-Luc Chaigneau, was called on the spot and was able to observe the conditions of detention of the animals, locked in boxes and in a glass room. The smell is noticeable several meters away. The plot is not maintained, which is also noted by the mayor who had known the place much more welcoming in the past. It looks like a landfill eaten by vegetation. In short, an abandoned place. In fact, there is no one.

Already implicated in Moselle and Meuse

The owner is regularly implicated in cases of ill-treatment, both in Moselle and in Meuse. He has already been the subject of withdrawals of animals, seizure and administrative suspension of activity, without anything changing. It is clear that history repeats itself. This time, the gendarmerie came to see but the prosecution would not have been informed. The Sarrebourg SPA refuge also moved, but remained powerless, outside any legal framework allowing it to recover the dogs.

The mayor indicated that he wanted to open a procedure for unsanitary conditions and the investigator wrote to the court to report the mistreatment. “I hope to obtain a requisition of all the dogs and that this man be banned for life from keeping any animal,” she explains. She fears that in the meantime the animals will be moved and that they will lose track of them.

Clicking on ” I accept “cookies will be stored and you will be able to view the content .

Clicking on “I accept all cookies”you authorize the deposit of cookies for the storage of your data on our sites and applications for the purposes of personalization and advertising targeting.

You retain the option to withdraw your consent at any time.
Manage my choices

Reached by telephone, the owner, Jean-Claude Topetta, refutes any accusation of ill-treatment. “These are dogs recovered from the street, who have a difficult past. If you had seen what state they were in when they arrived! The aim of the association is to save as many as possible and to offer them a retirement. They are not adoptable,” he says. He claims to have come to Barville on Saturday morning, on the land inherited from his parents, to take care of them, feed them and give them water. He rather poses as a victim: “It’s a home invasion, I’m going to file a complaint. These people want to steal my dogs and it has to stop! »