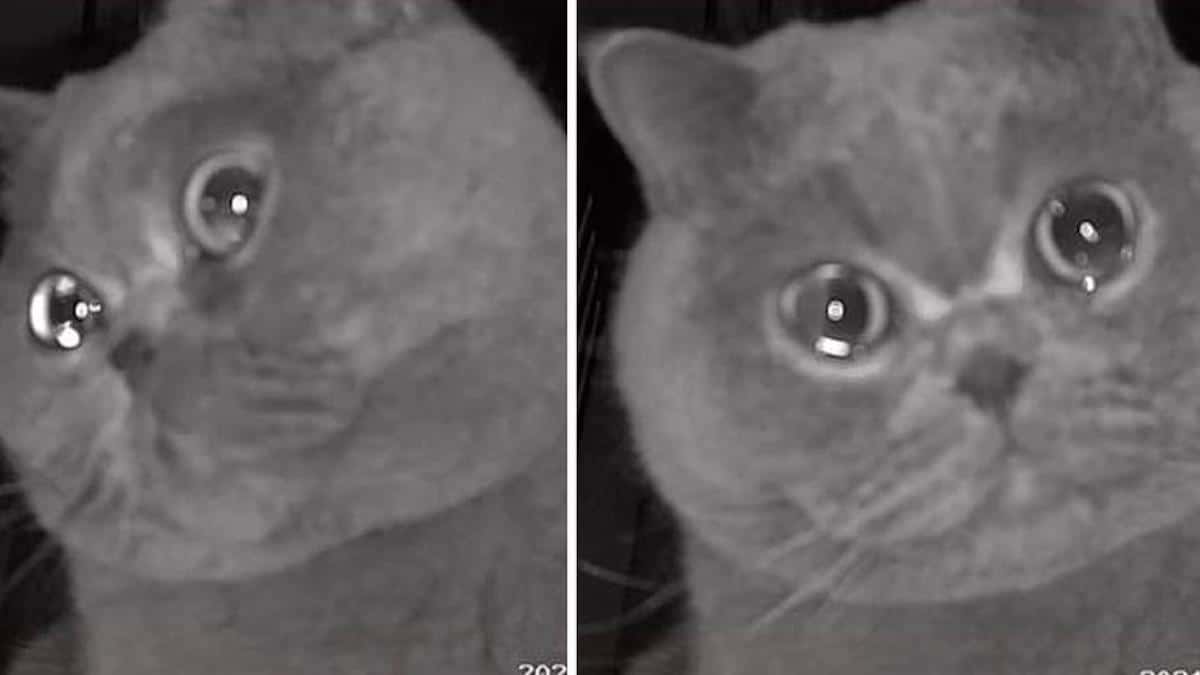 A pet cat has gone viral in China after appearing to cry on a security camera while left home alone on vacation. The two-year-old short-haired feline, named Fu Fu, is said to have cried when he heard his owner calling him through the house’s CCTV microphone.

Pet owner Ms Meng said she was monitoring the feline via a monitoring app on her phone when she saw the scene “heartbreaking”.

The 17-second video, which received over 8 million likes, propelled Fu Fu to social media stardom, earning him the nickname the “abandoned cat”.

Ms Meng told the MailOnline she had decided not to take Fu Fu for fear he would not get used to his parents’ house. She described Fu Fu as being shy and clingy, adding that the animal loves spending time with her.

To ensure Fu Fu’s well-being, Ms. Meng had prepared enough food and water for her before her trip and regularly watched the surveillance footage. In the clip, Ms. Meng can be heard saying ” You miss me ” and “I’ll be back in a few days.”

At the sound of Ms. Meng’s voice, Fu Fu turns to look at the door before turning to touch the camera with his paw. “I was heartbroken when I saw this,” confessed Ms. Meng. She then recounted that she ultimately cut her trip short to return home to find Fu Fu.

“I had planned to stay with my parents for a week, but we all returned early to Xuzhou”, she said.

Watery eyes in cats can be a sign of illness, such as an eye infection or blocked tear ducts. But Ms. Meng insisted that Fu Fu was completely healthy. She said that Fu Fu often had tears in his eyes when he was anxious or hungry.