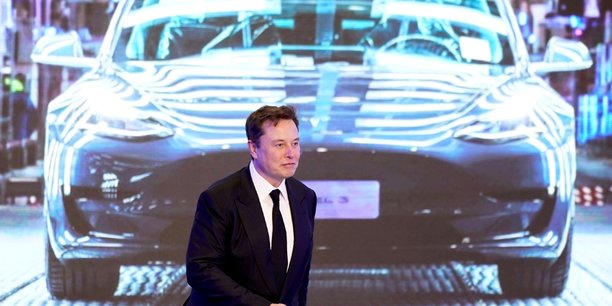 Nearly one million vehicles delivered in 2021, almost twice as many as in 2020. Despite global supply challenges, Tesla exceeded the goal it set last January to increase annual deliveries 50% on average for several years. With more than 936,000 cars delivered (911,208 examples of its 3 and Y models, and 24,964 vehicles of its luxury S and X models), the American manufacturer of high-end electric vehicles posted growth of 87.4%. What further inflate its stratospheric market capitalization which exceeds 100 billion dollars.

Tesla: all the planets are aligned to quickly follow Audi and Mercedes

Record in the fourth quarter

For the fourth quarter of the year alone, Tesla reported a delivery record with 308,600 vehicles delivered (+70% compared to the same quarter of the previous year and +30% compared to the third quarter) when the financial analysts expected an average of 263,026 vehicles. The automaker thus continues its sixth consecutive quarter of record deliveries. A little earlier in the year, in the second quarter, Tesla had crossed, for the first time, the threshold of 200,000 cars delivered (201,250).

The Elon Musk-led group has ramped up production in China despite increased competition, regulatory pressure following safety-related consumer complaints and a global shortage of microchips. Tesla has indeed managed to overcome the global logistics problems that have penalized the entire automotive sector. Elon Musk had already indicated that he was able to circumvent a good part of the shortage of semiconductors by using new chip designs and rewriting the software accordingly.

These announcements come as the group had to carry out several vehicle recalls at the end of December. On December 31, Tesla announced that it was going to carry out a new massive recall of vehicles for “potentially” defective trunks on two models in China and the United States: 475,000 vehicles are affected in the United States and nearly 200,000 in China.

The model most affected is the best-selling Model 3. Tesla indicates that “repeated opening and closing of the trunk door” there is “likely to cause excessive wear of the coaxial cable” connected to the rear view camera , which may make the camera unavailable to the driver. The other car affected is the luxury Model S. One of the trunk latches located at the front of the vehicle, misaligned, could “open unexpectedly and obstruct the driver’s visibility”. Tesla estimates that 1% of Model 3s and 14% of Model S recalled in the United States will have the manufacturing defect. The brand pointed out that this potential defect had not, to its knowledge, caused any accident or injury. Tesla had already recalled 285,000 cars in China in June after an anomaly in its assisted driving software, and a few thousand Model 3s and Model Ys in the United States to inspect and tighten, or even replace, bolts in the brake calipers.