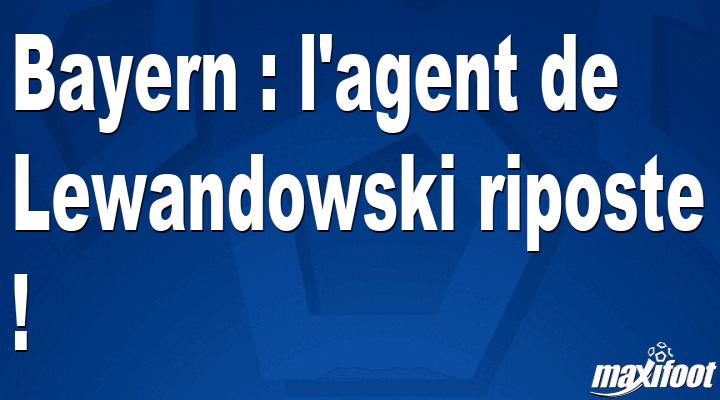 The tension goes up a notch in the Robert Lewandowski file (33 years old, 46 games and 50 goals in all competitions this season). Under contract until June 2023, the Polish striker refuses to extend to Bayern Munich and wants to join FC Barcelona this summer. Problem, the German club repeated again this Sunday, through its sporting director Hasan Salihamidzic, that the Polish striker will not leave and accused the player’s agent, Pini Zahavi, of making him “turn his head” ( see the brief at 3:32 p.m.).

“For Robert, Bayern is ancient history, replied the representative of ‘Lewy’ for Bild. In fact, I did not want to speak in public because I have great respect for this historic club. However, I do not I can’t help but react to Hasan Salihamidzic’s statements. Robert has the chance to join the club he’s always dreamed of. Why is Bayern denying him this opportunity?”

According to the Catalan press, Bayern rejected an offer of 32 million euros from Barça (see the brief at 12:29 p.m.). “Lewandowski wants to leave this summer, neither he nor I care about money. The truth is that he hasn’t felt respected by management in recent months. Bayern lost Robert not only as a footballer but also as a man. Of course they can keep Robert for another year since he has one year left on his contract, but I would not recommend him”, warned the businessman.