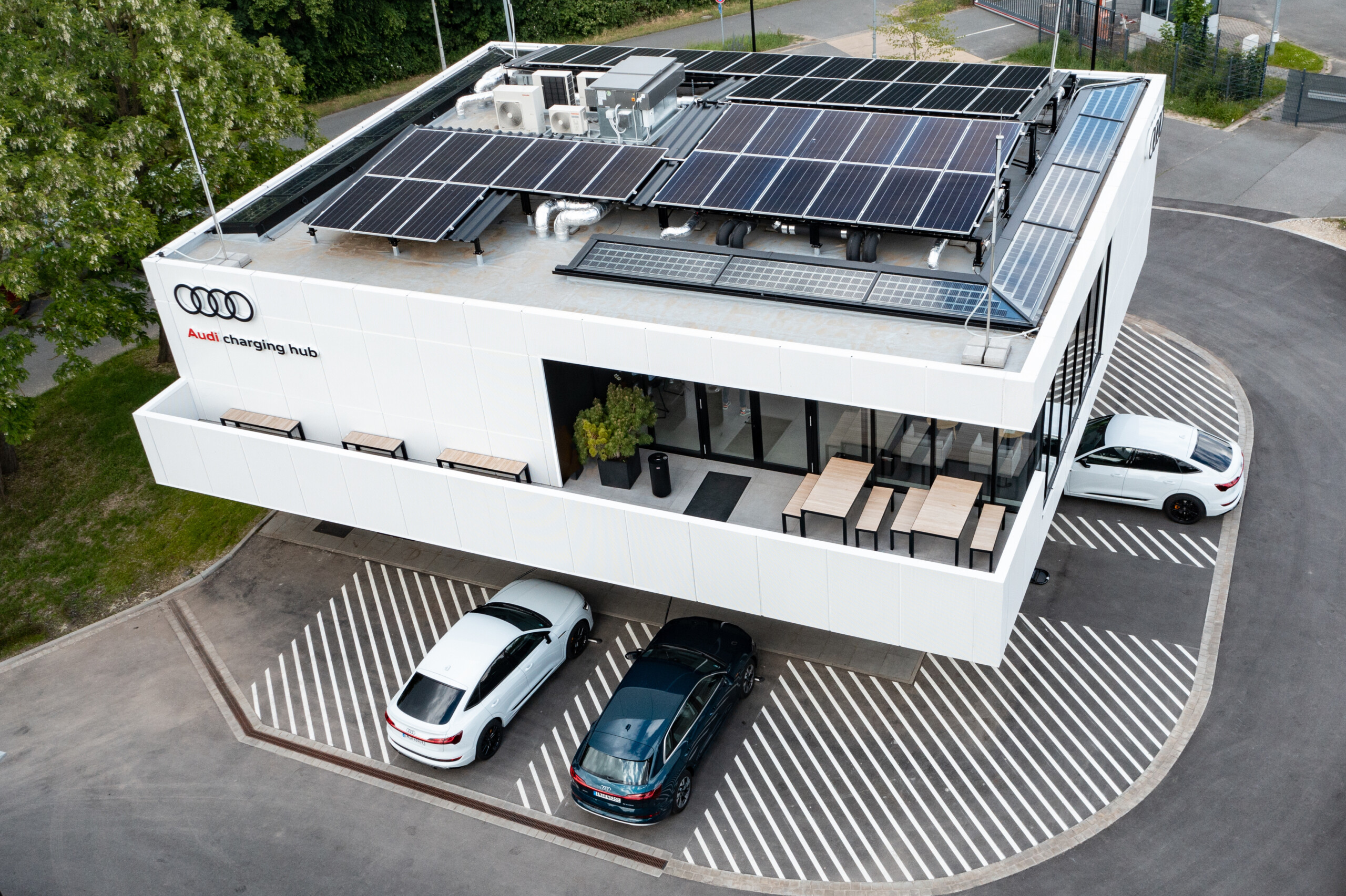 Audi has just announced the expansion of its ultra-fast charging network, the Audi Charging Hub. A network allowing the German firm to compete a little more with Tesla and its Superchargers.

Last year, Audi unveiled its Charging Hub concept, a bit like Tesla’s Superchargers, but with an additional premium service. Customers of the German manufacturer can recharge their electric cars at the pilot site in Nuremberg. There are six ultra-fast charging points (up to 320 kW) as well as a lounge area on the roof of the building to wait comfortably while recharging.

A service indeed a little more upscale than that of Tesla which very often consists of setting up its Superchargers in the car parks of hotels, relay-castles, service areas or commercial areas. The little extra is the possibility for Audi customers to reserve their charging point in advance via an app.

The German manufacturer wants to go further, since in a press release, it is pleased with the proper functioning of its pilot site with an average of 800 kWh of recharges delivered per day. It should also be noted that the site uses – recycled – batteries with a capacity of 2.45 MWh in order to avoid having an excessively high immediate power requirement. There are also solar panels, capable of delivering 30 kW of power to the storage batteries. Audi specifies that the site only needs a 200 kW low voltage connection on the electrical network to supply the storage batteries connected to the terminals.

The constraint is the available power (1 mW) which is divided by the number of cars in charge. If six cars charge at the same time, they will each have 167 kW and not 320 kW. But in practice, it would add a few minutes at most to a full charge.

After the Nuremberg site, Audi wants to open more Charging Hubs in Germany. Thus, Zurich will be the next equipped city, by the end of the year, with an even more compact site, to be able to come and settle in the city. This will allow residents who do not have a home socket to come and charge at the Charging Hub. Audi then wants to expand to Salzburg and Berlin by the end of 2022. The brand with the rings is planning more sites, with three new Charging Hubs in German metropolises in 2023 and even more in 2024.

The pace is not as fast as that of other competitors such as Tesla, Fastned, or TotalEnergies, but it should be noted that Audi is one of the few European manufacturers to start building its own charging network. But this is partly because Audi is part of the Ionity consortium, which is developing its European network quite quickly too.

By moving from a per-minute pricing to a price to be paid according to the quantity of energy delivered, Ionity is far from being of service to many electro-motorists. Indeed, the majority of users of…
Read more