at PSG for the sportsman, "not for the money", the summary of the conference - DALTONHURD Skip to content 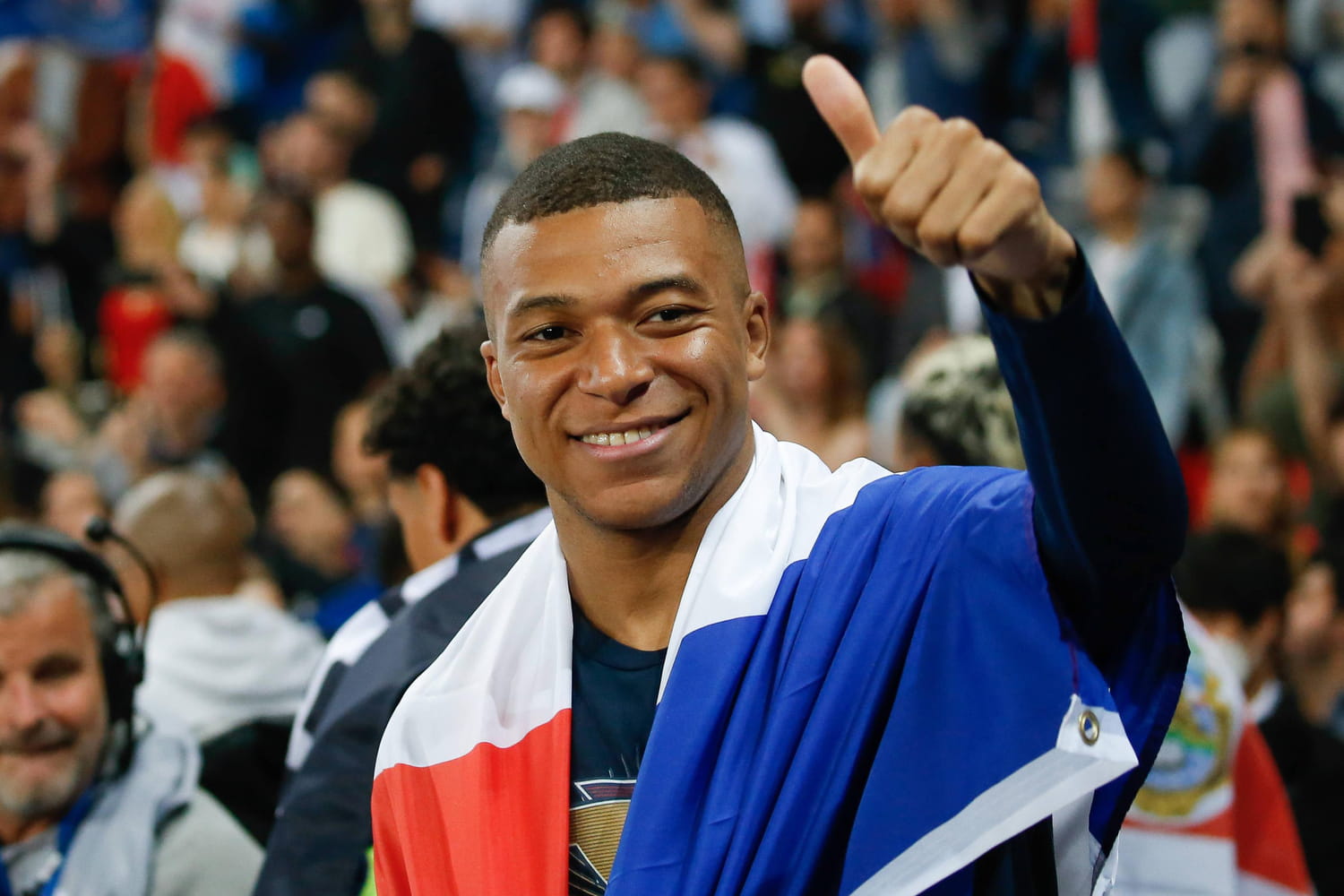 MBAPPE. At a press conference, Kylian Mbappé explained that he was staying in Paris for the sports project and not for the money. The strong statements of the world champion.

“Money was not the most important thing for Kylian, it was the athlete,” insisted PSG president Nasser Al-Khelaïfi.

“I have never worn the Real Madrid jersey, and I thank Real Madrid fans for considering me one of their own. I hope they will understand my decision to stay in France. I am French and I wanted to continue a little longer in my country”

“We want to win, Kylian wants to win, that’s the most important thing. We weren’t sure he would sign, it’s true, but he did. We built something very, very strong with Kylian , from the first meeting with his family.

“The president of our league is Vincent Labrune, no one else. The most important thing today is to have kept the best player in the world for three years. What the president of the Spanish league says doesn’t interest me, I don’t listen to it” launched Al-Khelaïfi.

“I don’t want to cut off my captain’s head, I don’t need to be a captain to express myself and be important on the pitch. Angel di Maria is a great player, I was very happy to evolve with him here” launched Mbappé on the rumors of the captain’s armband.

“Clubs like Real don’t need convincing, they’re big clubs. Regarding Neymar and Messi, the quality of these two players no longer needs to be proven and they didn’t talk to me about my contract, they knew it was a personal decision”

“I thank Florentino Perez, Real Madrid for having met all the conditions to bring me here, but I have decided to stay in Paris. I am focused on this new project, this new era, I am not thinking about the future. “

“This is my country, I did not want to leave through the back door. The project has changed and my story here is not over. I made my decision last week, I had not announced it to my teammates because the club wanted to keep it a secret.”

Kylian Mbappé announced that he made his decision last week and made the decision to call Real Madrid president Florentino Perez.

“Of course it weighs, because it was a difficult decision, but I took refuge in my football, where I am good and what I can do.”

15:09 – A great day for Paris according to the president of the club

“Today is a great day for the history of PSG. For our supporters in France and around the world. Kylian is staying for the next three years, it’s very important for us, for France. C is a strong signal, we keep the best player in the world.”

15:04 – Beginning of the press conference

There are a lot of people in the PSG press room. Kylian Mbappé accompanied by his president have just arrived and will now give explanations on this famous extension.

Some football personalities were quick to react to Kylian Mbappé’s decision. Starting with Unai Emery, the coach of Villareal who tackled the Parisian on his way of proceeding: “It’s a very personal decision, but it came too late. I really appreciate the kid and I respect his decision. , but not the timing or the form. It’s not good for football.”

Several Spanish media will broadcast Kylian Mbappé’s press conference live after his extension to PSG. The pill always goes very badly on the side of Madrid.

This was the big question that all PSG supporters ask themselves. Free to commit where he wants next June, the French Kylian Mbappé has finally decided to extend the adventure in the club of the capital. The French striker is expected to sign a 3-year contract. A few months ago, the extension of Mbappé in Paris was almost impossible, the two parties having moved away drastically.

Kylian Mbappé is a French football player from Bondy. He put on his crampons from the age of 6 in his hometown. In 2015, he joined AS Monaco, where he made his Ligue 1 debut. Since 2017, Kylian Mbappé has been playing as a striker at Paris Saint-Germain.

Born on December 20, 1998 in the 19and arrondissement of Paris, Kylian Mbappé comes from a family of athletes. His father, Wilfrid Mbappé Lottin is a former footballer who became an under-15 coach in Bondy and his mother, Fayza Lamari is a former handball player. Kylian Mbappé is of Cameroonian origin by his father and Algerian by his mother. Jirès Kembo Ekoko is raised by Kylian’s parents. He also has a younger brother, Ethan.

Kylian Mbappé made his football debut in 2004 at AS Bondy. In 2011, he trained at the INF Clairefontaine center. The young player then left Bondy where he was educated and continued his studies in Rambouillet. At the end of his training, he joined the AS Monaco training center, which returned to Ligue 1. In 2014, Kylian Mbappé was selected for the France under-17 team and in 2016, he obtained his STMG baccalaureate.

On March 16, 2017, Kylian Mbappé was selected by Didier Deschamps for his first match for the France team. On March 25, he comes into play against Luxembourg for his first selection. Kylian Mbappé scores his first goal in blue in a 2018 World Cup qualifier against the Netherlands.

On March 27, 2018, Kylian Mbappé became the youngest away scorer in the France team at just 19 years old. In the 2018 World Cup final, against Croatia, Kylian Mbappé scored the fourth blue goal and the match ended 4-2. At the end of this World Cup, he received the trophy of the “best young player” of the competition by FIFA. Euro 2021 will have been less successful for the tricolor player. Kylian Mbappé was the 5th shooter for the France team during the penalty shootout against Switzerland in the round of 16 of the European Nations Championship. A difficult position to assume since, all the other shooters having succeeded. The French striker chose to shoot on the right of the Swiss goalkeeper Yann Sommer, author of a very big performance against the Blues and who released the decisive parade, confirming the elimination of the Blues. Kylian Mbappé remains today an indisputable starter with the Blues.

At the beginning of 2020, the CIES, the football observatory published the ranking of the most expensive players in the world. Kylian Mbappé tops this ranking with a valuation of 265 million euros. In 2019, he is the athlete who has won the most and the 36and world’s highest paid athlete. Kylian Mbappé’s jersey flocking is the most popular for France team jerseys. His annual salary at PSG is also estimated at 17.5 million euros gross.

Kylian Mbappé is very discreet about his private life. Many rumors have appeared, lending him a relationship with several celebrities. Since the end of 2021, the player has appeared several times with Emma Smet without the two supporters mentioning a possible romance.