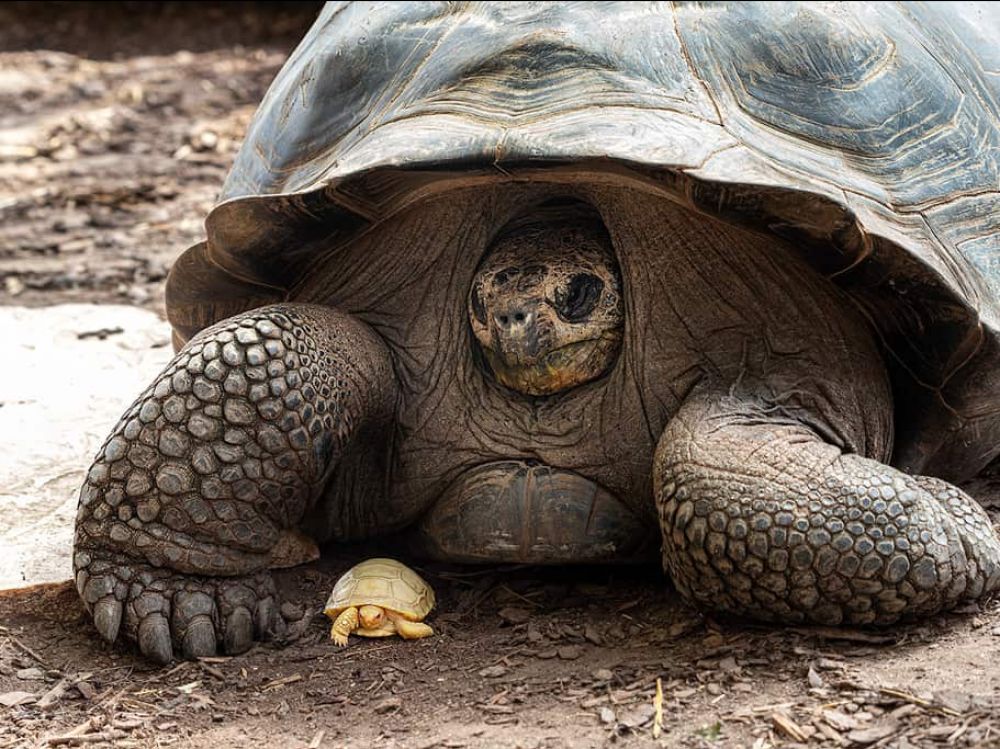 The Tropiquarium, a tropical zoo located in Servion, Switzerland, experienced an unexpected birth: “We were surprised to discover an albino baby among our Galapagos giant tortoise babies, this phenomenon had never before been observed either in zoos or in nature.“, wrote the establishment on its website, June 2, 2022. Since then, it has lived to the rhythm of the many media requests concerning this curious specimen.

“Two giant Galapagos tortoises – Chelonoidis nigra – have just been born at the Tropiquarium of Servion, one is black like her parents and the other is white, she is albino“, specifies the Tropiquarium. “This is the first time in the world that an albino Galapagos tortoise has been born and kept in captivity..” According to the zoo, albinism is a particularly rare phenomenon in turtles: it affects approximately one specimen in 100,000 individuals. A much lower proportion than in humans (one case per 20,000 individuals).

As explained Science and Future in a previous article, albinism results from a genetic mutation that induces a deficit in the production of a pigment called melanin. It results in an absence of coloring of the eyes, and the rest of the body. Albinism can be accompanied by health problems because the skin of albinos, due to the absence of pigments, is more sensitive to sunlight. This light can also negatively affect their sight.

This phenomenon should not be confused with hypomelanism. In 2015, at the Vallée des Tortues, a specimen suffering from this form of reduction of black pigments was born. In this case, the eyes remain dark. If turtles with hypomelanism are fragile, “the chances of survival for a hypomelanistic individual are much greater than for an albino individual“, confided then to Science and Future the park animal manager.

The Tropiquarium’s Galapagos giant tortoises were born as part of a conservation program for the species, which is listed as “vulnerable” by the International Union for Conservation of Nature. If some specimens can exceed 400 kilos, a giant tortoise weighs at birth only 70 grams on average. Births in zoos remain rare.

The Tropiquarium’s albino specimen will have the chance to grow up in a secure environment. Indeed, the survival of albino animals can sometimes be complicated because their coloring makes them more visible, especially to their predators. According to the Swiss Zoological Park, the baby giant tortoises of the Galapagos “are doing well and are very vigorous“. There is no doubt that in adulthood, this white turtle will be a particularly elegant giant.