all the art of pretense in pastry - DALTONHURD Skip to content 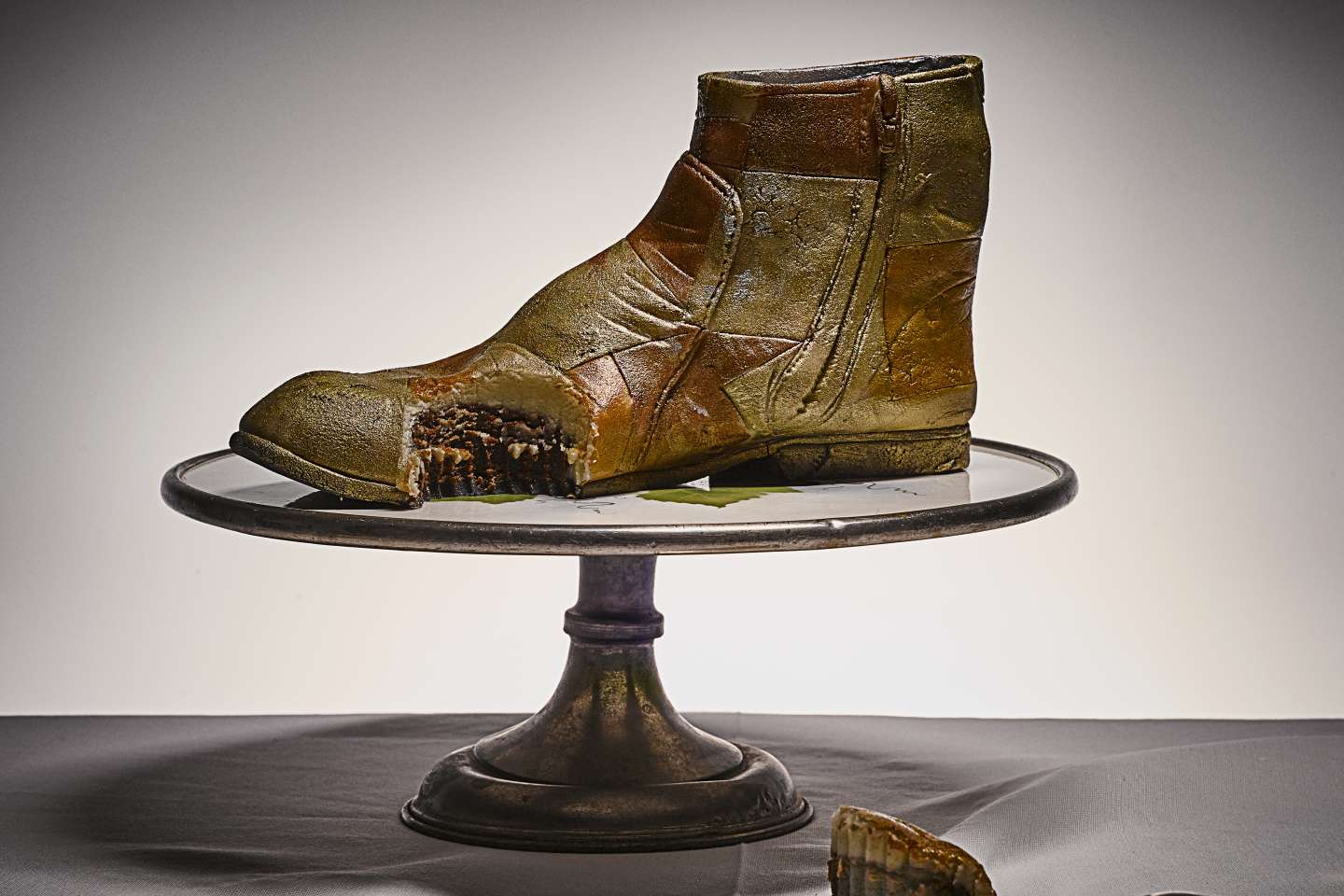 HYesterday I ate a dog. Not just any dog: a little doggie, not very big, not very mean. He had close-cropped hair and a tawny brown robe. Everywhere on her plump body, her skin creased, forming little sausages of fat that looked very appetizing. Was it a French Bulldog, a Pug or a Boston Terrier? To tell the truth, at the time of striking him a big blow of the spoon on the top of the skull, the question did not matter to me. What mattered, at this precise moment, was to appreciate the soft texture of her flesh and to concentrate on the different flavors that emanated from it.

It all happened very quickly – within three bites, the deal was done. Devoid of a nervous system, the little dog did not suffer. Because of an animal, he only had the features and the appearance… of a disturbing realism to say the least. Driven by curiosity, I had just devoured one of the flagship creations of Long & Tee, a Parisian tea salon specializing in trompe-l’oeil desserts: a chocolate mousse made from a mixture of chocolate, sugar, whipped egg whites, itself garnished with a gelatinous red fruit insert.

Read also: Article reserved for our subscribers Trompe-l’oeil dishes, the great illusion in the kitchen

The desire had come to me a bit by chance, serendipity helping, when I came across “We would eat it… or not” (“Is it Cake? », in the original version), a culinary reality TV show that honors this fashion for pretense pastry chefs. Each episode of the series, broadcast on Netflix since March, takes place as follows: on the starting line, half a dozen competitors – amateur or professional pastry chefs – must first determine which of the six objects of everyday life, presented in front of them on backlit desks, is actually a cake.

We take pleasure in seeing them hesitate between the real and the fake, between a shiny leather handbag and a pair of bright white sneakers, a make-up bag and a yellow rubber rubber duck. For each incorrect answer, the presenter brandishes a knife, passes the object through the cutting test and, in the absence of sponge cake, cream or melting heart, eliminates the candidates one by one.

Those who find the correct answer, on the other hand, qualify for the next test: an eight-hour pastry workshop during which they will have to design their own trompe-l’oeil creation. At the end of the test, the hyper-realistic cakes are submitted to the examination of a jury who, too, will have to find the edible intruder among a selection of functional objects. The candidate who manages to deceive the expertise of the jury leaves with a check for 50,000 dollars (about 47,500 euros) and qualifies for the final which will give him a chance, at the end of the season, to lift the trophy (edible, necessarily ) champion.

You have 55.5% of this article left to read. The following is for subscribers only.