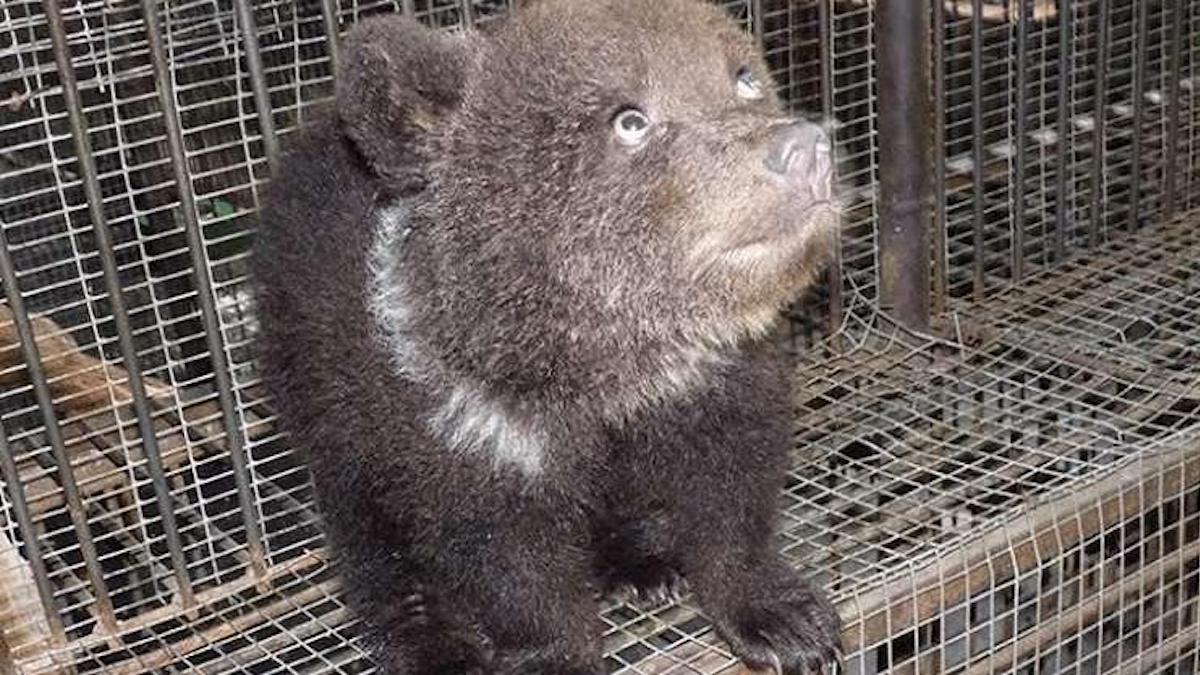 At the Bolsherechensky zoo in Omsk, a bear named Masha some time ago began to behave strangely, which caused seriously worried the local staff. The animal stopped going out in the sun and spent most of its time locked in its shelter.

But the strangest thing is that Masha drove the male out of this house and did not allow him to enter it.

But recently everything has become clear. It turned out that Masha gave birth to adorable cubs, that’s why she behaved so restlessly. In this regard, you should know that male bears often eat their cubs. So the newborn mother kicked the daddy out.

Employees tend to think that the cubs were born in the middle of winter. The bear was in hibernation. This is typical for individuals of this species. Zookeepers suspected she had given birth to babies, but couldn’t be sure.

If they tried to break into her enclosure, the employees could scare the cubs very much, and on the other hand, Masha would not have escaped the stress either. And a frightened bear with small cubs is one of the most dangerous animals.

Since then, the cubs have grown and Masha took them outside for the first time. It turned out that she had become a mother of 3 little ones.