A Tesla Model Y catches fire in the middle of the road, the driver becomes trapped inside - DALTONHURD Skip to content 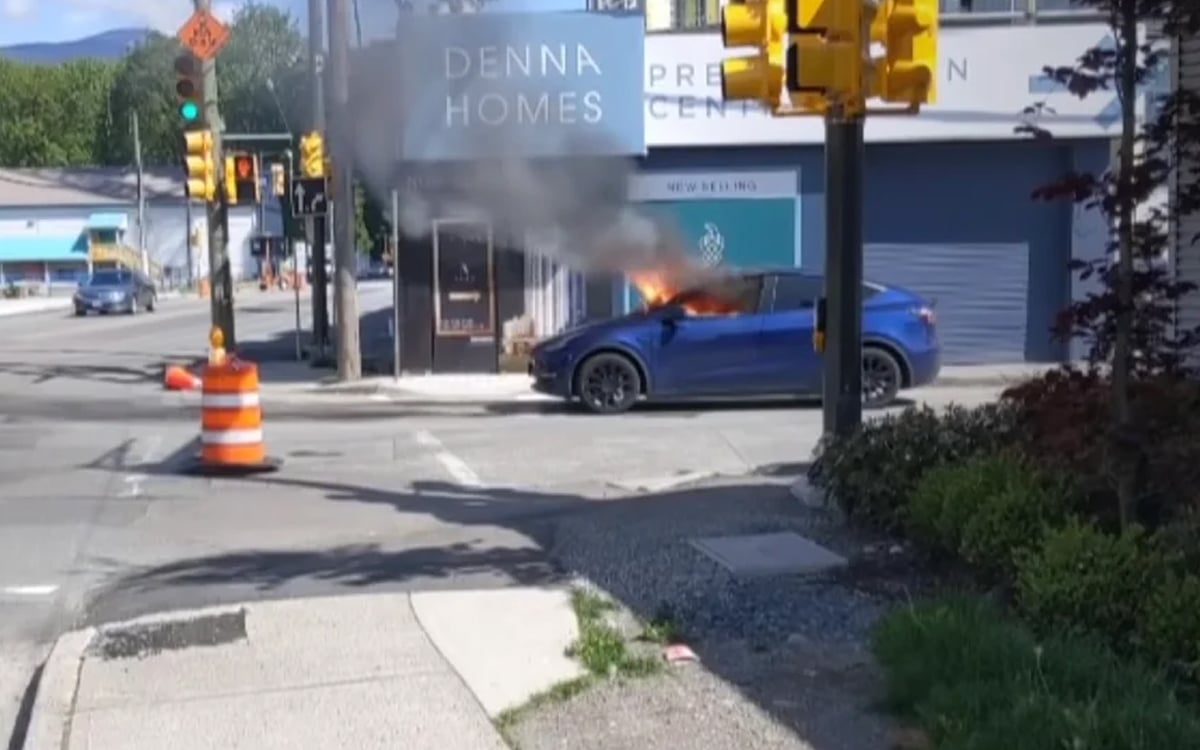 A Tesla Model Y caught fire in the middle of a road in Canada. The car came to a stop on the road before smoke billowed out. The driver almost got stuck in the vehicle.

A video showing a Tesla Model Y catching fire has appeared on the web. The scene takes place in Vancouver, Canada. We see the electric car stop gradually in the middle of the road. Secondly, the vehicle suddenly caught fire, leaving the driver trapped in the cabin at the mercy of the flames.

Questioned by the local media CTV News, the motorist explains that the Model Y suddenly lost all power for no apparent reason. “The doors wouldn’t open. The windows did not roll down”, testifies the driver, a man called Jamil Jutha. In general, the doors of a Tesla Model Y open with a button. However, each door is also equipped with a manual unlocking system, to deal with emergency situations.

The driver almost got stuck in the Tesla Model Y

When the fire broke out, toxic black smoke quickly spread through the cabin. “Of course, there is always panic at a time when you feel trapped. I kicked out the window, got out and called 911 right away”explains the owner of the Model Y.

fear car battery explosion, he asked workers at a nearby construction site to help divert traffic. When firefighters arrived on the scene, the flames were beginning to spread. The emergency services were able to put out the fire in a few minutes. The fire chief believes that the driver was lucky to be able to extricate himself from the car.

The motorist, who escaped the worst, explains that he bought the electric car only 8 months ago. Firefighters have not yet determined the source of the fire. This isn’t the first time a Tesla car has suddenly caught fire with no apparent explanation. In 2019, a Model S exploded in a garage in Shanghai. In the same year, a Tesla Model S parked in a parking lot in Antwerp caught fire. More recently, a Model 3 suddenly caught fire in the United States while charging the battery.