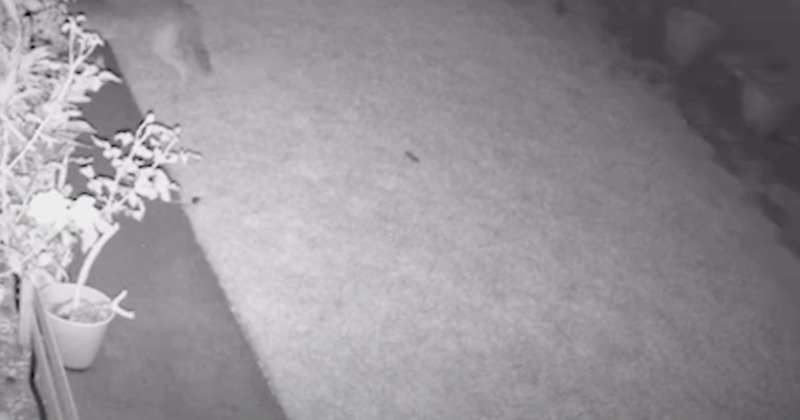 An intruder enters their garden

A family in Huntington Beach, California, was terrified for their dog.

It was their surveillance camera that filmed the whole scene.

He jumps over the wall

A coyote jumped over their yard wall nearly 2 meters and ran towards their pooch who was standing in the yard.

The coyote grabbed the dog by the neck and dragged him into their yard to take him with him. The dog’s masters heard the dog’s terrible cries of pain and came running.

Luckily, the family’s Labrador retriever named Cody went straight after the coyote to save his little dog brother.

They are not reassured

The coyote then let go of the dog he was holding by the neck and fled. His owners were relieved to see that the pooch was unharmed. However, they said they are concerned about the increase in coyote activity in their neighborhood.

In April, a coyote attacked and seriously injured a little girl near Huntington Beach. The police eventually found the coyote involved in the attack and euthanized him.

Read also: Found wandering the street, this dog decides to help the police as soon as he arrives at the police station