a cigar in his mouth, Zlatan Ibrahimovic celebrates the title and talks about the rest of his career - DALTONHURD Skip to content 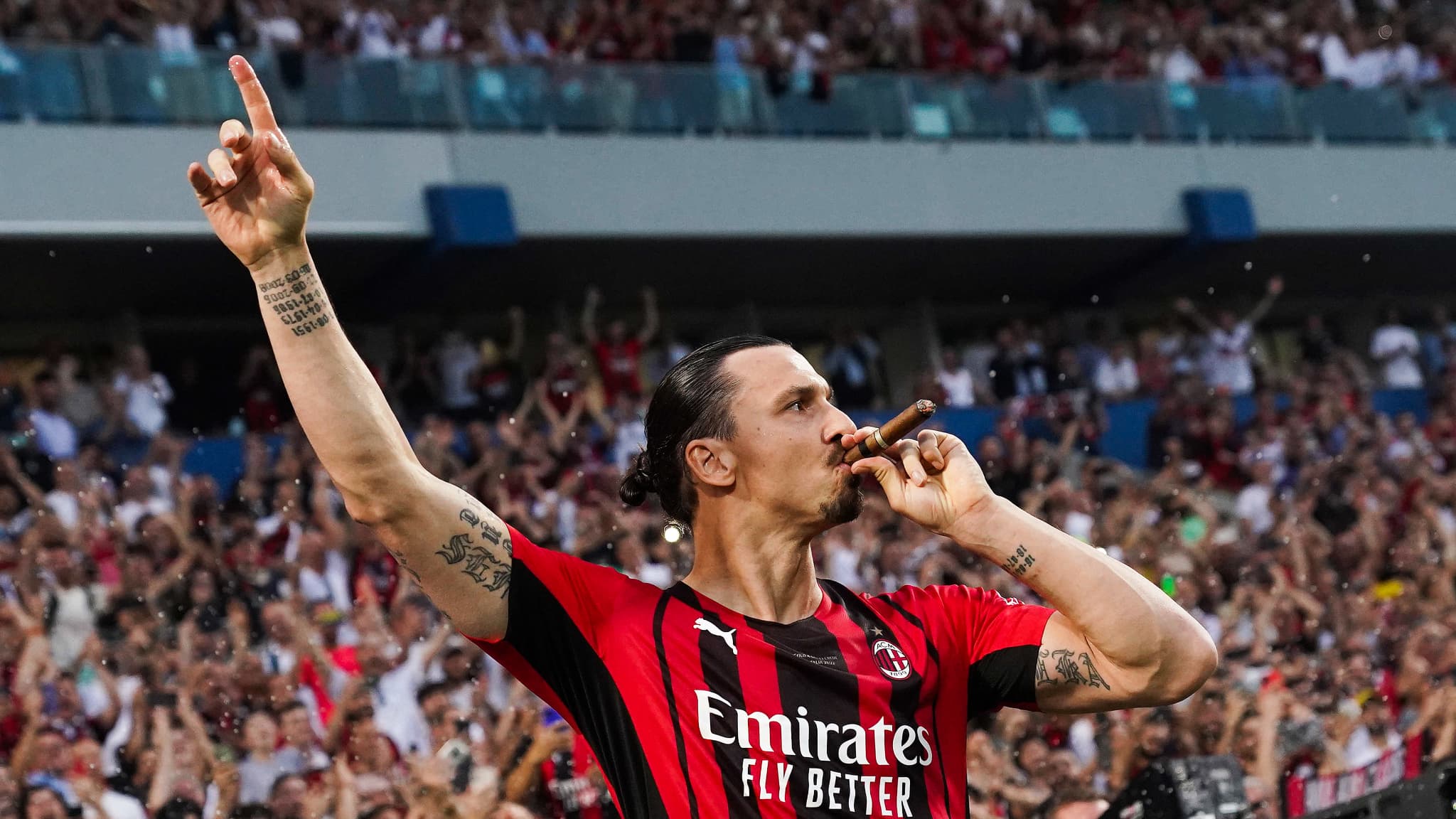 Winner of the Scudetto with AC Milan, Zlatan Ibrahimovic celebrated his coronation by entering the lawn with a bottle of champagne and a cigar. The 40-year-old striker may have played his last career game against Sassuolo (3-0), indicating his future would depend on his physical abilities.

The hour of retirement may not have come for Zlatan Ibrahimovic yet, but the Swedish striker is already allowing himself some deviations. A few moments after the 19th title of Italian champion won by AC Milan on the lawn of Sassuolo (3-0), a match where he came into play for the last twenty minutes of play, the forty-something center forward made an even more prominent appearance.

When leaving the locker room and returning to the lawn of the Città del Tricolore won over to the cause of the Lombard club, Zlatan Ibrahimovic armed himself with a bottle of champagne which he uncorked like a Grand Prix winner, and did not then he didn’t hesitate to take out a cigar to inhale a few puffs of smoke, his chest bulging. Before getting on the podium and lifting the trophy around his teammates.

Last survivor of the 2011 title

The former PSG striker is the only Scudetto winner already present during the last coronation, in 2011. At the end of the contract, he may have just played his last match with the Rossoneri and will not play again before August since he refused to play with Sweden next June for the League of Nations. Last February, his sporting director Paolo Maldini had openly given him the possibility of continuing the adventure in Milan.

Author of 8 goals in Serie A this season in 23 games (11 starts), Ibrahimovic has not scored since January and lost his starting place in favor of Olivier Giroud, still a double scorer this Sunday. It remains to be seen whether this umpteenth will have satiated his ogre appetite.

His future “depends” on his physique

Asked by DAZN, he indicated that his choice “depended” on his physique. “First I have to do things to be well, it depends on what will happen in the next few days,” he said without giving further details. “When I arrived, a journalist told me that normally returning players can only do less well, he savors. I replied by promising that I would bring Milan back to the top and that we would win the scudetto. Some were laughing, but here I am, champ”.