255 dogs seized from a farm, "a sad record for the SPA" - DALTONHURD Skip to content 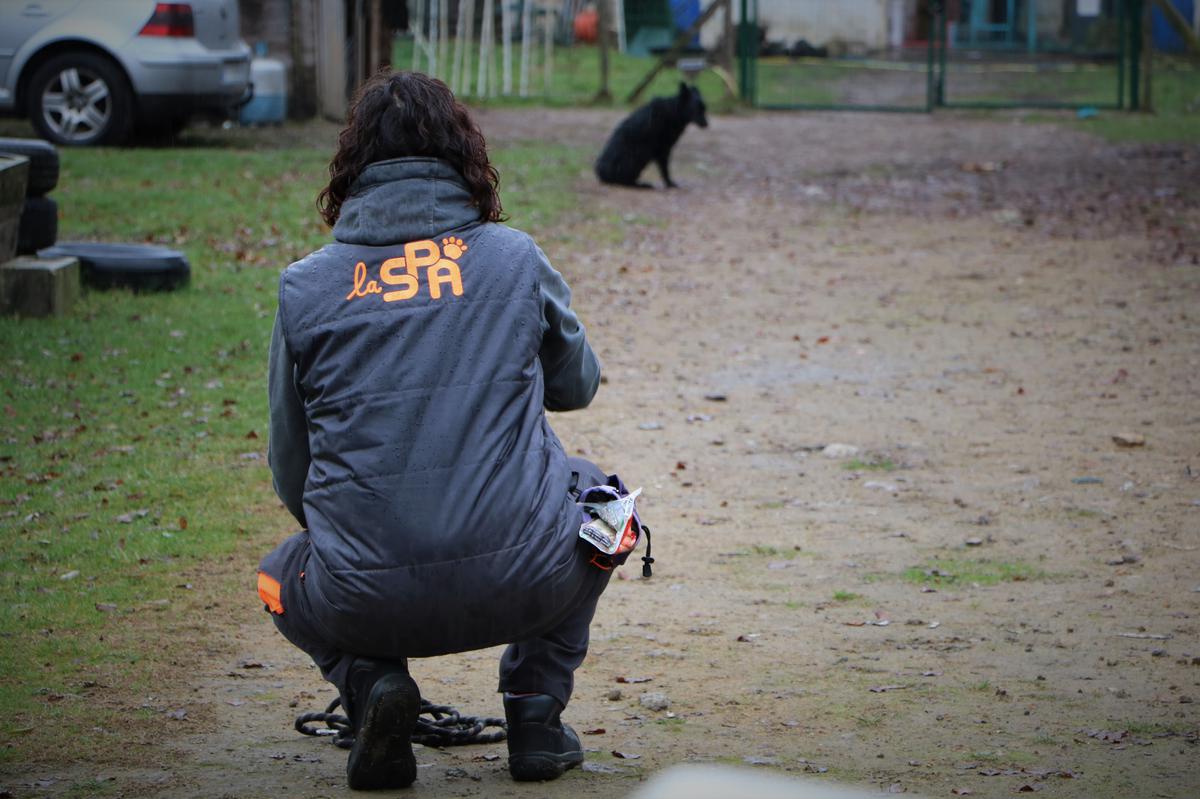 Inspector at the anti-traffic unit, Aurélie (1) immerses herself in the file. In February 2015, the SPA received two reports from owners for puppies in very poor health. “They carry the stigma of neglect. »

“We are not superheroes”

A file is open. A maximum of information on the company, the breeder, its sales are collected. A SPA inspector goes on site but does not manage to see the entire site. We have to wait until June 2016 for a new report. “120 dogs on site with mud up to their stomachs and no breeding control,” Aurélie reads in her notes.

The Departmental Directorate of Veterinary Services is seized. “We are losing control. This State service proceeds to the findings and formal notices. Time is also left for the breeder to pull herself together and take advantage of the support offered. Karen Toubiana does install kibble dispensers, but “the shelters made of odds and ends” are far from the sanitary conditions required.

“Certainly, we have an inspector’s card but no judicial power. We are not superheroes capable of intervening and leaving directly with the dogs. We can only observe, report and be a logistical aid. With patience as the best weapon. Despite the risks.

In April 2021, three other reports give a boost to the procedure. Livestock always has more animals. “Such a concentration does not allow good behavioral development. It takes time to socialize the puppies, to handle them… With two, with 6 to 7 breeds, it is impossible. One more drop in the ocean of shortcomings. The Mons prosecutor’s office decides on the seizure of the dogs.

In June 2021, 217 dogs were seized from the Lubbon dog farm. At the beginning of the week, the gendarmes returned there. The owner physically attacked the veterinary services inspector. She was sentenced to stay four months at home, under electronic surveillance

Two months are necessary for the SPA to prepare the operation in support of the gendarmerie. Elisa (1) is on the job: “You have to plan for everything: air-conditioned trucks, cages according to the templates, prevent shelters. The search begins at six o’clock. The lawyer draws up a livestock farming map. One by one, the dogs are examined and listed.

Results: 111 dogs, 106 puppies, 26 of which were less than two weeks old. “Apparently, they are not in a catastrophic state, remembers Elisa. But they lived in packs and were very fearful of humans. Some had wounds, others conjunctivitis, ear infections, clumps of hair… The lack of care is glaring. »

The puppies had “health concerns related to inbreeding, malformations, heart or uterus problems for female dogs due to frantic breeding. Despite our efforts, three adults had to be euthanized. Distributed in nearly 25 shelters, the puppies are cared for, weaned and the dogs socialized.

Each year, 1,600 reports arrive at the office of the SPA’s anti-trafficking unit. Some 700 investigative delegates then carry out investigations. In 2021, 1,200 animals were seized by this cell which recruits volunteers

Six months later, the breeder posts advertisements for the sale. Elisa is flabbergasted: “Not all the animals were at home, obviously. In December, 38 dogs were seized. “15 adults and a litter of malinois. »

The lawyer expects a lot from this trial: “that he be definitively prohibited from keeping animals. Without forgetting the reimbursement of the costs incurred, which could amount to several tens of thousands of euros.

(1) Brought to intervene in the field, they prefer to remain anonymous.